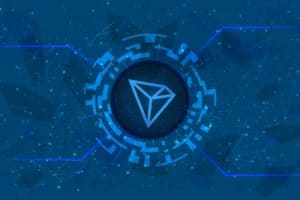 The Tron DAO is continuing to stockpile TRX to increase its reserves.

The Tron DAO Reserve, the organization that replaced the Tron Foundation, has decided to buy $38 million of the crypto Tron (TRX) with a view to bolstering the network’s reserves, especially after what happened with the collapse of Terra and its stablecoin.

In doing so, Tron wanted to send a signal to the market about its desire to defend and strengthen its USDD algorithmic stablecoin launched on 5 May.

#USDD, as the decentralized algorithmic stablecoin based on #TRON, has been officially launched and entered into circulation!
It is also available on #Ethereum and #BNBChain now.

Together we witness the #StableCoin 3.0 era led by #USDD is coming!https://t.co/CZjLJt7KSW pic.twitter.com/msI8CNgvnk

On 12 May, the DAO Reserve announced via Twitter that it had also purchased 1250 BTC in order to safeguard the entire cryptocurrency market.

The market was hit hard by the declines after the news about the collapse of the entire Terra ecosystem and a number of speculations that had affected the entire stablecoin market, starting with Tether, which is capitalized at $83 billion.

This was to stop speculation, which, after the failure of the Terra project, was bound to cast a suspicious eye on precisely those who, like Tron, had created an algorithmic stablecoin project.

USDD, the stablecoin of the Tron project

Tron DAO increases its TRX reserves by $ 38 million, as a safety provision for what happened to UST

Justin Sun, CEO of Tron, said he does not fear a domino effect, like what happened after the Lehman Brothers bankruptcy in traditional finance in 2008. “I still believe in algorithmic stablecoins,” he told CoinDesk in an interview.

According to the whitepaper, published in late April, Tron’s stablecoin would maintain its anchor via a minting/mastering process that converts $1 USDD into $1 TRX, the native token of Tron’s blockchain. Conversely, $1 of TRX could be burned to mint a USDD.

Currently, USDD’s capitalization would be just under $300 million. Certainly not comparable to that of UST, which before the collapse capitalized around $14 billion.

On the subject of Terra’s failure, Justin Sun seems to have very clear ideas and certainly does not fear that the same might happen to his project. In fact, he stated thus:

“I think the failure of LUNA was not because algorithmic stablecoins are not viable or are not doable. LUNA’s failure mainly depended on too much leverage. They grew to a dramatic market cap in a very short period of time. When we designed USDD, we focused on the healthy growth of USDD. We want to keep our USDD market cap relatively small compared to TRX and total market cap. And also at the same time, smaller than the Tron DAO Reserve”.