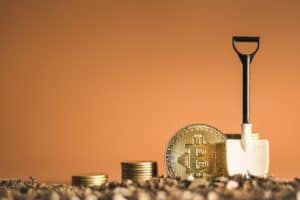 On Thursday, Peter Schiff once again managed to create a stir in the Bitcoin world.

The American commentator and entrepreneur tweeted a completely pessimistic forecast for the cryptocurrency par excellence. According to his analysis, BTC has broken support at the bottom and is heading towards $8,000 with great momentum. It may even be heading for zero.

Peter Schiff warns everyone about Bitcoin

With the help of a chart, Schiff ironically wondered what could stop Bitcoin’s descent now that support at the bottom has been breached and the chart shows both double tops and head & shoulders.

“How can anyone who looks at this chart stay long #Bitcoin?

The chart has both double top and head and shoulders top patterns.

The combination is ominous.

It is obvious that the public commentary created a significant and, to be fair, very mixed response with an overwhelming majority of comments against the forecast.

Among the various comments is one by Peter McCormack who provocatively contrasts with Schiff’s position. In his tweet he urges the commentator to short BTC:

The statement is a strong one, far too blatant to be taken seriously, perhaps even the result of a very difficult week for cryptocurrencies, which have left 15% of their capitalization on the market and have seen the debacle of Terra and LUNA.

The dubious bias cannot help but arise when the prediction is made by someone who, among other jobs, sells gold on a platform named after him and of which he is Chairman.

Peter Schiff is a very capable and multifaceted person, economist, presenter of his own show, investor, but that does not mean one should take everything he says as pure gold.

Moreover, among many gloomy predictions there are also rosy ones like those of Goldman Sachs, which predicts a bright future for Bitcoin in the long run, so we shall see.