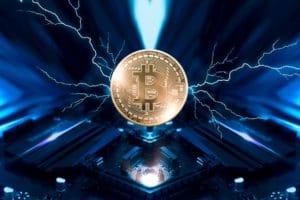 We are talking about the capacity, i.e. the number of BTC stored on LN, which rose above 3,700 BTC for the first time.

Lightning Network is the technology that is used to send and receive BTC extremely quickly and cheaply, without having to wait for the long times of Bitcoin’s blockchain and spending very little on execution costs.

A year ago the capacity was only 1,300 BTC, so in twelve months it has almost tripled.

The biggest impetus in this respect was the adoption in El Salvador of Bitcoin as legal tender, but even after the crash in January 2022 this metric has picked up again.

A tweet yesterday by Jack Dorsey, former CEO of Twitter and now CEO of Block (formerly Square), reveals that his financial transaction company is working on new ways to enable the massive use of Bitcoin as money through the Lightning Network.

we are looking at this

Dorsey was also the protagonist of a very curious Twitter tirade yesterday.

The debate between Jack Dorsey and the founder of FTX

The founder of the well-known exchange FTX, Sam Bankman-Fried, said that Bitcoin has no future as a payment network.

In this regard, Dorsey asked why FTX did not activate LN on its exchange, since it solves many of the problems raised by Bankman-Fried.

A few hours later, the CEO of FTX let it be known that he will ask the exchange’s developers to integrate Lightning Network.

This little episode reveals how little is still known about the use of LN in the world, so much so that those 3,700 BTC of capacity do not even correspond to one-thousandth of the Bitcoin in circulation.

The difference between a transaction on the Lightning Network and one on the blockchain is definitely evident to anyone who carries one out. It is possible that the relative slowness with which the use of LN is spreading around the world is due precisely to hubs like FTX that have not yet integrated it.

The post New capacity record for the Lightning Network appeared first on cryptodailynews24.com.