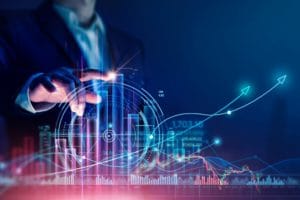 Despite the storm that has hit the cryptocurrency market in recent weeks, which has seen around 15% of the market capitalization change hands, these assets are still attractive, especially to the high rollers. Goldman Sachs and Barclays have decided to invest in the Elwood company.

Goldman Sachs and Barclays invest together in Elwood

There is a growing thirst for crypto at the institutional level and among large investment companies.

These assets are now defined as strategic and it is widely believed even among the most sceptical that they are now part of the so-called “too big to fail”.

The amount of involvement in the field and the powers that be approaching this world in various ways have not gone unnoticed, and from there to the interest of large investment banks such as Goldman Sachs and Barclays the leap was short.

The interest of Britain’s largest merchant bank started way back with investments in the world of virtual currencies as early as the beginning of May, making it the first to offer a loan collateralized with Bitcoin to the Coinbase exchange.

Mathew McDermott, the HR World Chief at Goldman Sachs, explained the investment in Elwood as follows:

“With the increase in institutional demand for cryptocurrency, we have actively expanded our market presence and our capabilities to meet customer demand”.

However, the $70 million new money injection, as reported by the Financial Times, is also made up of other major players, such as German bank Commerzbank, digital investment manager Galaxy Digital, and Dawn Capital.

The participants in the cash injection valued Elwood Technologies at around $500 million and considered it to be a complete company in terms of both trading and deposit and withdrawal offerings, as well as offering important know-how to even the most inexperienced consumer.

Comments from Elwood CEO on the funding received

CEO of Elwood Technologies, James Strickland, asserts that the cash injection from this pool is:

“Another validation of the longevity of cryptocurrencies. We are receiving investments from financial institutions that don’t expect huge returns in 15 minutes. They are investing in infrastructure, I think it is a reassurance message”.

Despite the bad times, the volatility, the collapse of the stock markets, inflation, the commodity supply crisis and the war, important signals are coming in to reassure the environment in both DeFi and classic finance.

Powell’s reappointment was certainly the most important signal, and the central bank, the US government and the IMF are in agreement on the good direction taken by the current Fed chairman.

The fierce fight against inflation and stagflation reassures the markets. This huge investment is a confirmation of an optimistic signal, despite the storm that has hit the markets.