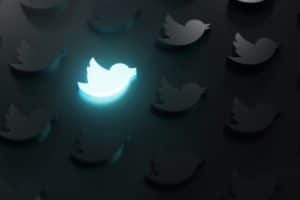 Elon Musk temporarily suspends his $44 billion acquisition of Twitter, while waiting for some details. After his announcement on the social, Twitter’s shares fell 19%.

Elon Musk and the temporary suspension of his Twitter acquisition

A few hours ago, the notorious Elon Musk posted a tweet warning his followers that the $44 billion Twitter deal is “temporarily suspended”, to verify that fake accounts on social are actually less than 5%.

In the tweet, Musk cites a Reuters report from 2 May that published an estimate of bot activity on the social media platform.

Wanting to eliminate spam on Twitter is a not all that new proposition. Indeed, on 2 May, Musk himself shared a discussion on the subject, to which billionaire entrepreneur Mark Cuban had intervened to suggest using Dogecoin as a solution.

The market’s reaction to the news of the “temporary suspension” of the Twitter deal caused the value of the shares to fall by 19%.

Yet just last week, a filing with the SEC had been published showing the list of 18 backers who had come forward with their funds to support the deal.

The richest man in the world has been looking for a way to spend as little cash as possible out of his own pocket, going into deals with large corporations and high net worth individuals for funding.

On the list is Binance, the largest crypto-exchange, with a financing of $500 million. But also Fidelity with a $316 million equity commitment and the Lawrence J. Ellison Revocable Trust venture capital, which has proposed a whopping $1 billion.

From the spam issue to the battle for free speech

Apparently, the current issue over spam and fake accounts has prompted the Tesla and SpaceX CEO to suspend the whole Twitter deal.

Who knows whether his battle for “free speech”, so much promoted since before his first purchase of 10% of Twitter, is also temporarily put on hold.

Recently, Musk also stated that he would unblock former US President Donald Trump’s account on the social network, as the permanent ban decision was “morally wrong”.