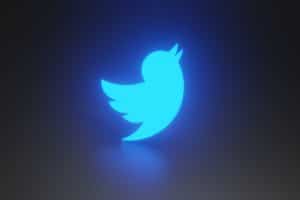 Elon Musk, CEO of Tesla and SpaceX, returns to talk about Twitter and all the problems with the social platform, this time the algorithm in particular.

In one of his latest tweets, Musk urged all users to favour a chronological feed over one based on the platform’s algorithm.

Musk seems to care deeply about all these small but important issues concerning the functioning of the platform and its impartiality.

The CEO of Tesla goes on to explain that the service’s default feed could actually lead to the manipulation of users’ opinions and views.

Algorithms would determine which tweets should be shown to a user, trying to predict what the user would like to read and explore in depth, thus at the same time amplifying and almost manipulating his or her point of view on a given topic.

Decisions like these are not easy as they carry with them a number of implications that should not be underestimated.

According to Elon’s grand vision, open-sourcing Twitter’s algorithms would improve the default feed and more generally the experience on the platform.

However, making something open-sourced is not particularly easy, especially if contributions and criticism from external sources are not appreciated enough by the developers.

In the last few days, Elon Musk has again affirmed his great devotion to Dogecoin, a cryptocurrency that has depopulated in the last year mainly thanks to his blatant support and tweets.

Musk thus reaffirmed that Dogecoin has potential as a currency.

His tweet was in response to a comment by DOGE co-creator Billy Markus, who wrote that the reason he likes the memecoin is because he “knows it’s stupid”.

The tweet by Tesla’s CEO thus echoed his interest and stance towards Dogecoin.

It is well known that Musk considers this token to be perfect for transactions, unlike BTC which, again according to the CEO, could be considered more of a store of value.

Another update on Musk and Twitter concerns the Tesla CEO’s acquisition of the platform.

Musk, as is well known, offered to buy Twitter for around $44 billion, an offer that was immediately accepted.

Since then, there has been much discussion on how to improve the platform.

Musk, however, announced on Friday that his acquisition had been put on hold.

It seems that everything is momentarily on stand-by as they are waiting for reliable and precise data regarding the number of accounts that actually fall into the category of spam or fake profiles. This percentage is apparently expected to remain below 5%.

Elon Musk is also known for his extravagance and his “out of the box” view of the world. After struggling to bring his ideology inside Twitter and to conclude a multi-billion dollar acquisition, this is one of his latest comments:

“Now that I bought Twitter, I’m deleting it. FB is next. Go outside and enjoy your life”.

His opinions seem mixed, but he reminds us of one very important thing: that real life is outside social networks, that it is only one and should be enjoyed moment by moment.