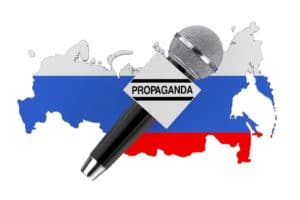 Bitcoin supports freedom of the press in Russia

In Russia, some independent newspapers are trying to defend their autonomy in a situation that is very difficult for them thanks to Bitcoin and crypto in general.

Russia and freedom of the press, Bitcoin improves the situation

Before the outbreak of the war in Ukraine, conditions were certainly not easy for press outlets not aligned with the Kremlin. With the war, the situation got even worse.

It has become common knowledge that there is no free and independent press in Russia. The news reaching Russian citizens is heavily distorted as to what is really happening in Ukraine.

The few newspapers that try to maintain a certain autonomy and independence from the Putin regime are forced into semi-clandestinity, as in the case of the online newspaper, Meduza, which has had to move its operational headquarters to Riga, Latvia, since the Russian Ministry of Justice listed it as a foreign agent in April 2021.

Now even Meduza’s few remaining journalists seem to have been forced to flee Moscow. The Moscow government blocked access to the site in Russia on 4 March.

A statement from the editorial staff two months ago read:

“Meduza was launched in Europe in 2014, shortly after the annexation of Crimea to Russia. For eight years we have worked to produce independent journalism under the most unfavourable conditions. Millions of people in Russia now rely on our reporting. But a few days ago our journalists were forced to leave the country”.

The story of the Russian newspaper Meduza

In March, the site placed a banner on its home page for those who wanted to support the newspaper that was at great risk of closure. The same newspaper also invites people to pay aid in cryptocurrencies such as Bitcoin and Ethereum.

“Dear readers, this is a short but important message. Please read it. We don’t know if the Kremlin will block independent media during the war. But we must prepare for the worst. The most reliable way to read Meduza is to download our app. Do it now”.

The newspaper’s publisher, Ivan Kolpakov, said that the newspaper has received much of the funding it needs to continue to inform about the truths of the war between Russia and Ukraine. All funding, he said, came from abroad.

This comes on the heels of the somewhat surprising and perhaps somewhat unexpected decision of the Chinese High Court, which ruled that Bitcoin is an asset subject to property rights and therefore protected by law.

It is a surprising ruling considering that last summer the Chinese government had banned all cryptocurrency-related activities, including trading and mining.

In February, it was the Human Rights Foundation that had ruled in favour of Bitcoin’s freedom and independence as a great asset and a powerful means of defending people’s rights, especially those forced to live in illiberal and undemocratic regimes, such as Putin’s current Russia.

The post Bitcoin supports freedom of the press in Russia appeared first on cryptodailynews24.com.