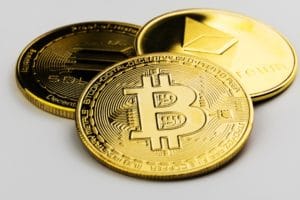 Bitcoin.com: the exchange’s May 2022 crypto report

Bitcoin.com Exchange released its crypto report for May 2022, showing a performance analysis of the cryptocurrency market.

According to reports, May 2022 did not exactly have a performing start for the cryptocurrency market.

Not only that, the LUNA and UST scandal has added fuel to the fire with today’s latest Do Kwon publication of the new “recovery plan” for the Terra ecosystem. If the previous plan, published in the midst of the collapse, envisaged an attempt to save the ecosystem, this other proposal, on the other hand, effectively calls for its abandonment.

The general decline has also affected the NFT sector, with CryptoPunks, Bored Ape Yacht Club and others hitting record lows over the past month, with prices down 63% as of 12 May.

The play-to-earn sector also performed the worst, with losses of 9.6%.

The collapse of the entire crypto market analyzed by Bitcoin.com

Continuing with its analysis, the report described the situation for stablecoins, describing them as key components of the market, as they facilitate the entry of new players and standardize a unit of exchange for cryptocurrencies.

In practice, while the market trend has been upwards, the so-called bull market, the supply of the major stablecoins has gone from $5.33 billion to $158.2 billion in less than three years. Looking at this bear market period of 2022, however, the aggregate supply of stablecoins was flat.

The cause is an increase in USDC redemptions (in fiat), totalling $4.77 billion since the beginning of March, despite a $2.5 billion increase in USDT over the same period.

USDC saw a contraction in supply of -$2.9 billion per month, indicating a shift of money from stablecoins as a whole to fiat currencies. Notably, this indicates a feeling of risk and weakness in the cryptocurrency market as a whole.

As everything is falling, the Lightning Network sets new all-time high

In this very tragic beginning of May for the overall cryptocurrency market, Bitcoin’s second layer, Lightning Network (LN) records a new all-time high.

This is the capacity, i.e. the number of BTC locked on LN, which rose above 3,700 BTC for the first time. Considering that twelve months ago the capacity was only 1,300 BTC, it has now almost tripled in just one year.

In this regard, Jack Dorsey, former CEO of Twitter and current CEO of Block (formerly Square), revealed that the company is working on precisely new ways to enable the massive use of Bitcoin, through the Lightning Network.

The post Bitcoin.com: the exchange’s May 2022 crypto report appeared first on cryptodailynews24.com.