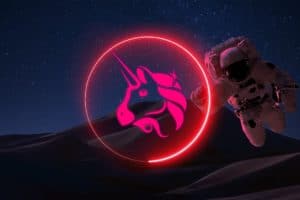 Uniswap’s AMM boasts more liquidity than leading exchanges like Coinbase or Binance, while the UNI token is flying.

The Uniswap DEX is more liquid than Coinbase and Binance

UNI, the Uniswap governance token, exploited by the potential of the DEX

In an ad-hoc analysis, it was found that the leading centralized platforms, namely Coinbase and Binance, are not leading the way in terms of liquidity, with Uniswap‘s DEX reigning supreme.

According to this analysis, Uniswap leads this special ranking, which does not take into account the trades, where the balance of power remains unchanged.

Adjusted for this, Uniswap trades $1.7 billion a day, compared to Coinbase‘s $3 billion and Binance‘s $20 billion.

The AMM exchange boasts a greater market depth (amount of liquidity) relative to the ETH/dollar pair and is emblematic of the success of this type of instrument.

Since moving to V3, Uniswap has grown significantly, although it is not yet the benchmark for exchanges.

The decline in DeFi has not helped AMMs, but it is likely that they will become more and more central to the future of cryptocurrencies.

Uniswap’s outlook remains very positive: the world’s leading exchange for tokens based on Ethereum standards has a bright future.

Its flagship token is UNI, one of the most popular tokens that experienced a real boom in 2021 and then consolidated in the current year.

How it works and what is a DEX

Unlike traditional exchanges, Uniswap is a DEX, i.e. a decentralized exchange of ERC20 tokens (a standard protocol based on Ethereum, which is becoming increasingly popular).

Unlike the most famous exchange platforms, it does not require an intermediary, carrying out all the work independently and securely.

Because of this nature, the platform is actually cheaper and safer, inheriting the solidity of the Ethereum blockchain.

Anyone can use Uniswap as long as they have a MetaMask wallet that allows transactions on this type of platform.