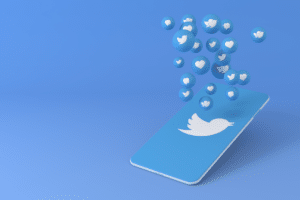 After the acquisition of Twitter, Elon Musk will likely be the company’s new CEO.

This was revealed by CNBC, according to which the new owner should fill the role of CEO temporarily for a few months, according to some statements by anonymous sources to journalist David Faber of CNBC.

Musk would have the support of Twitter co-founder and former CEO Jack Dorsey, who resigned in November.

Thanks to a new document filed with the SEC, it was discovered that other investors are also participating in the $44 billion acquisition deal with a total capital of about $7.14 billion already committed.

Faber claims that Musk has carefully selected these investors, including the well-known crypto exchange Binance, as well as Oracle co-founder Larry Ellison and Honeycomb Asset Management, which has also already invested in SpaceX.

While the possibility that he will be appointed CEO after the acquisition seems at least likely, seeing as he would be the one to self-appoint himself as the new absolute majority shareholder, there is still no certainty, and the current management of the company has not commented on this.

In addition, it is important not to underestimate the fact that Musk is also the CEO of both Tesla and SpaceX, the two main companies of which he is also a shareholder.

The current CEO, Parag Agrawal, has been leading the company for only a few months, since he took over from Dorsey only after his resignation in November.

According to some rumors published by Reuters, the same Agrawal told the company’s employees that the future of Twitter is uncertain, now that Elon Musk will become its owner.

The plan for Twitter’s revival is very ambitious, so much so that it goes far beyond what the company is currently doing. With such prospects it seems almost obvious that Musk does not want to delegate to others the direction of the new direction he wants to give to the company, not least because the current performance would not be sufficient to make his plan succeed.

To carry it out he had to get into a lot of debt, and the company’s current revenues would not allow him to repay these debts. In short, he is taking the risk himself, so he is unlikely to entrust the success of his ambitious plan to someone else.

He believes that the current level of net margin is too low, and he doesn’t think the results of the current engineers working at the company are acceptable.

He intends to turn Twitter into a very attractive platform for talent, and given what the company has done over the past few years it seems extremely unlikely that he can pull it off without a sharp change in direction.

The details of this new course are not yet known as there are only vague indications about the goals, but not about the methodology chosen to try to achieve them.

Knowing Musk’s past, it can’t be excluded that this new course could be something anomalous, or at least different from what we’ve seen so far in the realm of social networks. Without a clear and distinct direction from Elon Musk, it seems unlikely that these goals can be realistically achieved.