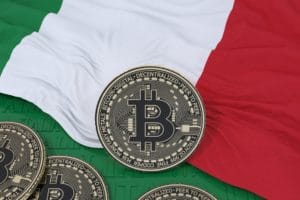 Coinbase, one in three Italians is crypto-friendly

A research conducted by Qualtrics on behalf of Coinbase revealed that in Italy 33% of people are convinced that crypto will have a positive impact in society. One in four, on the other hand, have already bought some, especially after 2019

Italy turns out to be a pro-crypto country, according to the study conducted by Coinbase

The survey was carried out in several EU countries on a sample of adults, including over 8,000 Britons and 1,200 Italians.

It turns out, however, that more than half of those who say they have invested in crypto (55%) did so only after 2019.

It is worth noting that 26% of respondents claim to have a good knowledge of crypto assets even beyond Bitcoin, which is a higher percentage than in other European countries such as France (18%) and Germany (20%), in line with Spain and the UK, and lower only than in the Netherlands (38%).

It is probably no coincidence that this 26% is very close to the 25% of those who have already invested.

In contrast, those who claimed to have a good knowledge of other more traditional asset classes were 45%, which is much more than those who claim to know cryptocurrencies. According to Coinbase, this gap would show that:

“Significant growth potential that can be worked on through informational and educational initiatives”.

A survey that goes beyond the world of cryptocurrencies

The very comparison with traditional assets reveals that cryptocurrencies are still decidedly little known, but they are no longer of exclusive interest to a small niche of enthusiasts. In fact, that 26% is well over half of the 45%, while up until a few years ago the gap was still huge.

70% of those who claim to own cryptocurrencies say they own BTC, while 35% say they own ETH. These percentages reveal a decidedly significant interest in altcoins, even smaller ones.

The survey also revealed the growing need for Italians to manage their investments independently.

The average profile of the Italian crypto investor is male (65%) and under 40 (48%), but with percentages in sharp decline compared to past years.

“One of Coinbase’s goals is to increase trust towards cryptocurrencies in all the markets in which it operates. Therefore, we are happy to know that one in three Italians are convinced of the positive impact crypto-assets will have on society.

However, it also emerges that there is still a gap to be filled regarding the knowledge of cryptocurrencies compared to more traditional assets. This means that there is still a lot of room for educational initiatives, in which Coinbase is committed globally, aiming to clearly provide all the information necessary for people to approach our market with awareness”.

The post Coinbase, one in three Italians is crypto-friendly appeared first on cryptodailynews24.com.