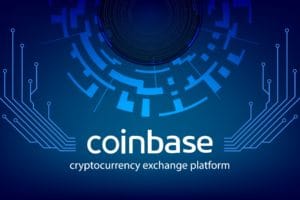 Coinbase could block accounts in Russia

The CEO of Coinbase has warned its Russian users in recent days about the possibility of their accounts being blocked.

CEO of Coinbase against users in Russia

Following the announcement in March a few days after the outbreak of the conflict, the CEO and founder of Coinbase, taking up the invitation of the Ukrainian Minister of Technological Innovation Mykhailo Fedorov, had announced that they would block 25,000 Russian users, now the company seems determined to expand the block to other Russian citizens.

8/ Some ordinary Russians are using crypto as a lifeline now that their currency has collapsed. Many of them likely oppose what their country is doing, and a ban would hurt them, too. That said, if the US government decides to impose a ban, we will of course follow those laws.

According to a report, the company has informed an unspecified number of users that at the end of the month their accounts might be blocked, thus inviting them to withdraw the amounts in their accounts.

The news would have been reported by the Russian newspaper RBC, which owns the RosBusinessConsulting news agency, reporting that after the 31st of May any funds still in the accounts would be frozen.

We will continue to provide services to non-sanctioned Russian customers who are not located in the EU and not registered to our EU entities. https://t.co/rPQdbSuhHO

The news comes after Coinbase’s Chief Legal Officer, Paul Grewal, had tweeted earlier this month that Coinbase would no longer be able to provide services to certain Russian customers who were registered with the platform’s EU-based business operations or were based in the European Union.

The distinction between accounts

It is not clear which and how many accounts will be blocked at the end of the month, also because Coinbase has also stated that it does not want to block indiscriminately all its activities in Russia. Certainly, the US government’s pressure on top management is evidently pushing the exchange to take more stringent measures.

The cryptocurrency world is greatly debating whether or not it’s fair to place restrictions on Russian accounts, as also called for recently by Estonia’s Prime Minister Kaja Kallas during a visit to the country by US Secretary of State Antony Blinken.

In April, Binance also announced in a post on its corporate website that it would impose restrictions on its services in Russia as a response to the aggression against Ukraine. But at the same time, a company spokesperson told CNBC a few weeks ago that:

“To unilaterally decide to ban people’s access to their crypto would fly in the face of the reason why crypto exists”.

Kraken exchange CEO Jesse Powell had also stated in early March that he was absolutely against blocking users unless it was mandated by law.

In fact, in an interview with CNBC’s Crypto World he states that:

“It’s a pretty extreme measure, and it’s far beyond turning off someone’s access to their music streaming service, or their their photo sharing app. Shutting off someone’s financial access is something we take very seriously”.

The post Coinbase could block accounts in Russia appeared first on cryptodailynews24.com.