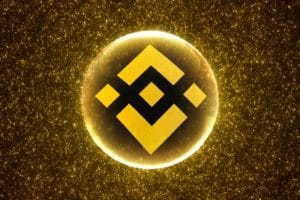 Binance, the largest crypto-exchange, is on the list of 18 backers of Elon Musk for his $44 billion acquisition of Twitter.

Binance on board to fund Elon Musk in his Twitter acquisition

According to an amended 13-D filing released Thursday to the Securities and Exchange Commission (SEC), there is a list of 18 lenders who have come forward with their funds to support Tesla and SpaceX CEO Elon Musk’s $44 billion purchase of Twitter.

Here’s a comment from Binance CEO Changpeng Zhao on the social network of crypto-lovers:

A small contribution to the cause. https://t.co/xD9XZxOWfL

“A small contribution to the cause”.

The total equity commitments listed in the filing amount to about $5.2 billion.

The list of Elon Musk’s 18 backers was also shared on the social network Twitter, with all the companies and their respective equity commitments offered.

And so here comes a first response for the infamous Musk in his search for outside funds to minimize the outflow from his own assets for the Twitter deal.

Just a few days ago, in fact, it was reported that the richest man in the world with $219 billion in estimated assets was looking for alternatives to not liquidate.

From sources, it seems that Musk was in talks with large companies and high net worth individuals to obtain funding. Indeed, from what has emerged, it seems that Musk had approached banks to arrange a $12.5 billion margin loan, but also with other large investors such as private equity, hedge funds and the ever-present Jack Dorsey.

According to other sources, it now appears that Musk is also set to take on the role of Twitter’s temporary CEO for a few months after the deal closes. A situation that would also temporarily displace Twitter’s current CEO, Parag Agrawal.

Musk became involved in this Twitter deal after his own preliminary investigation in which he was also said to be thinking of creating a social network of his own, as Donald Trump did after being banned by Twitter itself.

His mission from the outset is to ensure “freedom of speech”, free from censorship.

In April, Musk initially bought a 10% stake in the social network, worth $2.89 billion.

But that was not enough. Parag Agrawal offered him a seat on the social network’s board of directors, but Musk turned it down at the last second in order to fully commit to his great undertaking of privatizing Twitter by offering to buy it for $44 billion, or $54.20 per share.