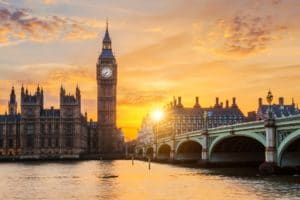 A few days ago, Nano announced that it had facilitated the first fee-free crypto transactions within the UK Houses of Parliament.

Nano is an eco-friendly cryptocurrency that enables instant transactions with zero fees, developed to be accessible and ideal for everyday transactions.

The Nano ecosystem is supported by the Nano Foundation, a non-profit organization that keeps the Nano protocol running.

Recently, the directors of the Nano Foundation, George Coxon and Colin LeMahieu, attended an event in London at which The Center of FinTech, an educational institution at the University of East London with which the Nano Foundation has deep ties, was officially launched.

Collaborations of the Nano Foundation

The Nano Foundation has forged a strong relationship with The Center of FinTech in recent months, working with students through a competition to redesign Nano’s paper wallet.

During the event, the winners of the competition received their certificates on stage.

“London has long been the center of the financial universe, and with the advent of blockchain technology and the recent regulatory announcements concerning blockchain and cryptocurrency in the UK, we at the Nano Foundation see no sign of that changing. Our relationship with The Centre of Fintech at UEL is all about equipping students with the educational tools they need to build an incredible career in the industries and fields of the future. Students who engage with the programs on offer at The Centre of FinTech will be uniquely equipped to blaze a trail in this exciting and dynamic new space, and the Nano Foundation will be right there with them”.

“There is a huge amount of focus on the wrong things for the wrong reasons, and some in the crypto industry have lost sight of the initial purpose of cryptocurrency. We play a different “game” to the majority in the crypto space, focusing on solving real-world problems, and building real relationships like the one we have with UEL. Being able to work so closely with the students who will go on to shape the future of the industry in the UK is an amazing opportunity, and one we are not taking lightly”.