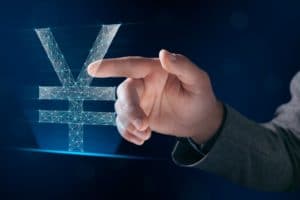 The Digital Yuan project is on track

The project for a new digital Yuan is proceeding apace, expanding testing to other cities in China.

As the Covid19 pandemic forces new restrictions on the Chinese government, tests for a new digital state currency continue in Shenzhen and other cities.

China, which is already far ahead of Europe and the US in CBDCs, clearly does not want to lose this competitive edge and be ready to become the first state to have its own digital state currency.

The People’s Bank of China (PBoC) has been at a very advanced stage of developing its digital Yuan, officially known as e-CNY, for over a year. It is currently grappling with the expansion of CBDC trials in 12 cities initiated for the 2022 Winter Olympics.

According to billionaire investor Ray Dalio, a new digital Yuan could even compete with Bitcoin, becoming the digital currency of choice and achieving what seems to be China’s main goal in this project, getting rid of the preponderant weight of the dollar in global financial markets.

Professor of applied digital economics in Shanghai, Richard Turrin, during a recent conference presentation of his book “Digital Currencies in Asia: Lessons for Europe”, said:

“They are providing a roadmap for everyone else to follow – if we don’t get crushed by political issues with China and if we remain open to some of the technological innovations coming out of China that are really spectacular.”

The stages of the tests

In this new third phase of six lengthy tests that began a year and a half ago, a group of regions have been chosen to test the e-CNY, including Tianjin, Chongqing and Guangzhou in Guangdong province.

The People’s Bank of China announced the list of new regions for testing on 10 April. Among them are Fuzhou and Xiamen in Fujian province, and the six cities for the 19th Asian Games to be held in Zhejiang province in September: Hangzhou, Ningbo, Wenzhou, Huzhou, Shaoxing and Jinhua.

“It’s perfect timing to expand the trial regions in an orderly manner, since the digital renminbi trials have formed a number of replicable application models in fields such as retailing, catering, and culture and tourism.”

Experts predict that after these testing phases, a full cycle of digital renminbi issuance and circulation will probably be formed “so that it can be widely used”.

By the end of 2021, about 261 million digital yuan wallets had been opened by Chinese citizens and transactions carried out had totalled about 87.57 billion yuan ($13.76 billion), according to data published by the PBoC.

The government of Futian district in Shenzhen province announced that around 15 million Yuan ($2.27 million) in digital RMB will be distributed to local residents on Friday, according to a report in China’s Global Times newspaper.

It will be divided into 130,000 red packets and given away via a lottery. Chosen users will be able to spend the new digital currency in more than 5,000 shops without any spending limit.

Already in October 2020, the central bank had donated about 10 million yuan to the city’s residents in one of the first tests of the digital currency in the city of Shenzhen.

According to the South China Morning newspaper, the wallet app for the digital yuan has been the most downloaded in China in recent months.

The post The Digital Yuan project is on track appeared first on cryptodailynews24.com.