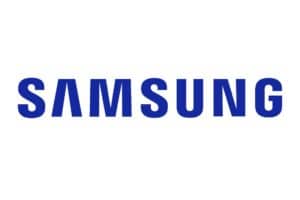 Samsung Group Investment ready to launch an ETF on Blockchain

According to media reports, Samsung Group Investment wants to list a Blockchain ETF on the Hong Kong stock exchange by June.

Korean financial newspaper Korea Economic Daily reported on Thursday that South Korean company Samsung Asset Management will attempt to launch an ETF on Blockchain by the first half of 2022 on the Hong Kong Stock Exchange.

This would be the first fund of this type in Asia. According to reports in the Korean newspaper, the listing of the new ETF comes after news of the acquisition of a 20% stake in Illinois-based US ETF sponsor Amplify Holding Company LLC in late March.

Composition of the ETF

According to sources close to the company, the new fund is expected to replicate the stock market performance of a basket of securities of some of the major listed blockchain companies.

The new fund is likely to be very similar to Amplify’s BLOK fund. The latter is an actively managed ETF that seeks to provide total return by investing at least 80% of its net assets in equities of companies actively involved in the development and use of blockchain technologies, listed in May 2021.

In Amplify’s fund, the main holdings are in companies such as Coinbase, Microstrategy, Nvidia, SBI Holdings and Galaxy Digital. It is therefore easy to foresee that the new Korean fund will follow the example of the American company and invest in these securities, in addition to investing in similar securities in the Asia-Pacific region.

This news shows once again that demand for cryptocurrency and blockchain ETFs is on the rise, despite the fact that some financial authorities such as the SEC are still very sceptical about approving spot products, which in this case is most often Bitcoin.

In other countries, such as Canada, Germany and recently Australia, spot ETFs on Bitcoin have already been launched, attracting a great deal of curiosity and interest from investors, including institutional investors who can thus invest part of their wealth in crypto assets.

A few days ago, the American investment giant Blackrock, the world’s largest investment fund based in New York, with total assets under management of over 10 trillion dollars, announced its decision to launch an ETF Blockchain.

A few weeks ago, it was the turn of the other star-studded investment giant Fidelity to announce that it would allow those who so wished to allocate part of their pension fund savings to crypto assets. The same company, which has been very interested in crypto and blockchain, announced in February the launch of a new ETF on Bitcoin on the Frankfurt stock exchange.

The post Samsung Group Investment ready to launch an ETF on Blockchain appeared first on cryptodailynews24.com.