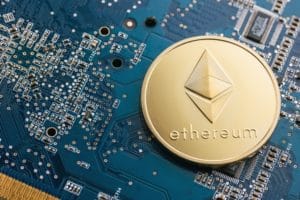 This is revealed in Bankless’ State of Ethereum Q1 2022 report, which also shows the flattening of Ethereum’s historical inflation curve.

On the basis of Watch The Burn‘s data, it can be seen that, for example, around 402,000 new ETH have been issued as rewards to miners over the past thirty days, but of these just over half have been burned. Moreover, January 2021 has been the month with the highest burns so far.

According to the Bankless report, network revenue in Q1 2022 increased by 46% from $1.6 billion to $2.4 billion. This is the sum of commissions paid in ETH on all transactions.

The report also reveals an incredible 111% increase in ETH staked on the new Beacon Chain, from 5.2 million to 10.9 million.

These are truly remarkable numbers for a bearish quarter like the one ending in March, and particularly after such a bullish 2021.

But the most striking figure is the 19.290% increase in NFT market volumes from $606.3 million to $116.4 billion in one quarter. A total of 226,176 different wallets traded on the two largest NFT marketplaces, OpenSea and LooksRare.

Another resounding increase was the 964% increase in TVL on layer-2 protocols, such as Polygon or Optimism, which jumped from $686.9 million to $7.3 billion in just two months.

This last figure could explain why the first quarter was bearish for prices, but very positive for what concerns the adoption of new technologies based on Ethereum.

Without layer-2, Ethereum protocols are slow and expensive, while with second layers like Polygon and Optimism they can become fast and cheap. Their success clearly shows both how much the markets needed them and how important their impact is.

The average number of daily active addresses also increased, but only by 4%.

Another dramatic increase was in DEX spot volumes, which grew by 667% to nearly $4 trillion. Perpetual DEX futures contract volumes also exploded, rising from $7.4 billion to $209.1 billion.

A substantial, but not particularly striking, increase was seen in the circulating supply of stablecoins, which grew by 188% in the quarter, from $42.3 billion to $122.1 billion.

The post Ethereum, inflation rate down to 0.51%. appeared first on cryptodailynews24.com.