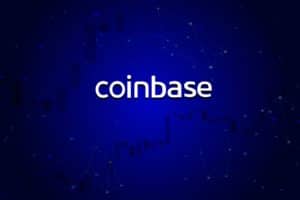 Two days ago Coinbase announced a change in its listing procedure in an attempt to prevent front running and insider trading.

In September last year, the SEC, the US financial markets regulator, opened an insider trading investigation against Binance, the world’s largest exchange.

Binance was accused of using its users’ data and information to trade for its own benefit, committing a crime of market manipulation and insider trading.

Similar accusations have now been made against Coinbase, the second-largest exchange listed on the Nasdaq last year. According to these accusations, taken from social media, some people very close to the company’s top management have used insider data and information to make investments on their own behalf.

In response to these accusations, Brian Armstrong wrote a long post on the company’s blog, in which he explained the procedures used to list an asset compared to others and announced important changes in the procedures that will be adopted to avoid possible insider trading.

“To try and prevent on-chain data giving signal to watchful traders. Finally, there is always the possibility that someone inside Coinbase could, wittingly or unwittingly, leak information to outsiders engaging in illegal activity”.

“We have zero tolerance for this and monitor for it, conducting investigations where appropriate with outside law firms. If these investigations find that any Coinbase employee somehow aided or abetted any nefarious activity, those employees are immediately terminated and referred to relevant authorities (potentially for criminal prosecution)”.

According to Armstrong, the company’s employees have their trading activity restricted precisely to avoid cases that could lead to front running or insider trading, but he also said that even more stringent procedures would be adopted, especially with regard to the choice of tokens to be listed on the platform.

Alex Johnson, author of the Fintech Takes newsletter, commented on the post by the CEO of Coinbase:

“Makes it seem an awful lot like Coinbase knew that someone had an information advantage and had already acted on it”.

Armstrong pointed out that in the future the company will work to try to keep the confidentiality of its listings to prevent this data from fueling speculation, when someone manages to know in advance the name of the assets that will be listed on the exchange.

“While this is public data, it isn’t data that all customers can easily access, so we strive to remove these information asymmetries”.