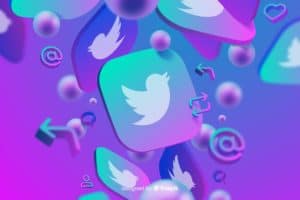 After the sensational news of Elon Musk’s almost total acquisition of Twitter, sentiment on the future of the social network seems to be slightly negative.

The community reacts negatively to Elon Musk’s acquisition of Twitter

As usual, there are optimists, pessimists, and uncertainties, but there are some indications that the pessimists may actually be more.

The strongest indication of this is the collapse of Tesla’s shares on the stock exchange.

Yesterday their price fell by as much as 12%, back to levels not seen since 18 March and first reached in January last year.

While this is not so much a concern for Tesla’s future, given that these values are higher than 12 months ago, and even almost five times higher than pre-pandemic levels, it does seem to be a wake-up call for Twitter.

Musk had to take out a huge loan to pay for the acquisition of Twitter’s shares, and as collateral, he gave some of his own Tesla shares. The fact that the markets have misjudged this strategy indicates that they are not very optimistic about Twitter’s future.

Not least because Twitter’s revenues to date would be nowhere near enough to repay Musk’s debt, so if the company doesn’t grow much now there could be knock-on problems across all the properties of the world’s richest man.

Tomorrow, however, before the markets open, Twitter’s first-quarter financial results will be released, and if they are particularly good, some of this pessimism may be slightly reduced.

Another indication that sentiment is probably negative is the reaction of the company’s employees.

Once the company goes private and the stock is delisted, employees will no longer be able to receive shares as bonuses. This has generated some discontent, especially at the highest levels. It is possible that this dissatisfaction may have a short-term negative effect on the company’s own performance.

It has to be said, however, that the companies run by Elon Musk have never given great results immediately, while in several cases they have done so in the long term. At the moment, it is not at all clear what he really intends to do.

Yesterday, for example, there was a small backtrack on the issue of “free speech”.

By “free speech”, I simply mean that which matches the law.

I am against censorship that goes far beyond the law.

If people want less free speech, they will ask government to pass laws to that effect.

Therefore, going beyond the law is contrary to the will of the people.

In fact, it seems that this will not be the main novelty, as it seemed to be before the definitive announcement of the takeover.

To tell the truth, many experts suspected as much, because absolute freedom of speech on social networks actually harms them. Given that Musk will inevitably need to generate a lot of revenue for Twitter, from this point of view his hands might be tied.

In this regard, some stinging comments came from Jeff Bezos, the founder of Amazon.

Interesting question. Did the Chinese government just gain a bit of leverage over the town square? https://t.co/jTiEnabP6T

However, he also added that, although the intertwining of Tesla, Twitter and China is a very complex and delicate situation to manage, “Musk is extremely good at navigating this kind of complexity”.

Elon’s goal of creating a platform that is “maximally trusted and broadly inclusive” is the right one. This is also @paraga’s goal, and why I chose him. Thank you both for getting the company out of an impossible situation. This is the right path…I believe it with all my heart.

In fact, he specifically said that Musk, along with current CEO Parag Agrawal, got the company out of an impossible situation.

Dorsey is probably the person who knows Twitter best. He has also been talking to Musk for many months, so it is even possible to speculate that he had some role in this initiative.

Concerns about the future of the social network stem above all from the high level of uncertainty that exists today regarding possible developments.

Everyone believes that it will change, but no one knows how. Thus, a multitude of hypotheses flourish from people who often know little or nothing about the platform, and sometimes even less about Elon Musk’s capabilities.

Given the current state of the company, these hypotheses are largely negative, not least because Twitter is coming off a difficult year with the stock having lost 61% of its value on the stock exchange since its highs in February last year.

However, it is likely that many are doing the math without taking into account the new owner.