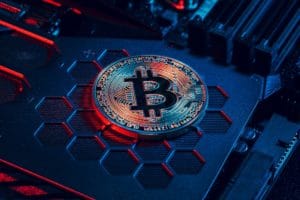 Specifically, the bill will impose a two-year moratorium on these new carbon-based crypto-mining farms. Exempt from the ban, however, are existing crypto mining farms and new ones that use renewable energy.

After a 95-52 vote by the Assembly committee on Monday, the bill is now moving through the State Senate.

The ban on Bitcoin mining and the relocation of miners

Meanwhile, reactions to this legislative move are not entirely happy. Mining affects all Proof-of-Work cryptocurrencies, such as Bitcoin, and in fact, many believe the ban relates to Bitcoin mining.

The new law could therefore affect the entire crypto sector, BTC being the queen, both in terms of price and market. Moreover, it could incentivize the relocation of miners with an impact on jobs or the “geopolitical interests” of the United States.

The ban on Bitcoin mining in the European Union

New York is to some extent replicating what has already happened in Europe, with the Markets in Crypto Assets (MiCA) regulatory package to which it was proposed to add a rule to restrict PoW in the 27 EU member states.

Again, the reference was purely to energy. Banning Bitcoin mining in Europe because of its negative impact on the environment. But just at the beginning of last month, this regulation was removed from the MiCA.

As it turns out, it seems to be really unnecessary to ban PoW. A study has revealed that stopping Bitcoin mining would not bring any significant improvement to the environment.