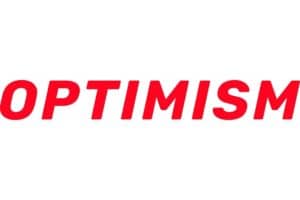 Optimism, the well-known scaling solution for Ethereum as well as the latter’s L2, has a new governance structure.

Optimism Collective for the new governance

The Optimism Foundation revealed that it has created the Optimism Collective that will manage the protocol.

Ethereum is ready for its next chapter.

We are ready to scale not only Ethereum (the network), but also the values that thrust it onto the global stage in the first place.

It is Optimism’s large-scale digital democratic governance experiment and is made up of a group of united communities, companies and citizens.

The collective will be governed by two “houses”, namely the Citizens’ House and the Token House.

The Citizens’ House will govern the funding of public goods in order to create a development driver for the protocol. Citizenship will be conferred in the form of non-transferable NFTs and will grow over time with the community.

The Token House is based on the new OP (Optimism Protocol) token, and will govern technical upgrades to the protocol, project incentives and more.

The collective promises that there will be not just one airdrop of OP tokens, but many airdrops.

The collective’s goal is to create a robust public goods infrastructure for OP, to increase the utility of the second layer and create a useful economy. Moreover, its governance structure is not definitive, as the Optimism Collective will adapt and evolve to meet any new needs that may arise.

The role of the Optimism Foundation and the OP governance token

The Optimism Foundation will act as the administrator of the collective. It is led by two of Optimism’s founders, Jing (former CEO) and Ben Jones (former Chief Scientist), as well as Eva Beylin, Executive Director of The Graph Foundation, Abbey Titcomb, Council Member of the Radicle Foundation, and Brian Avello, former General Counsel of the Maker Foundation.

OP tokens will be unlocked over the course of 4 years.

They will be used to govern updates to the protocol and network parameters, and to create a continuous system of incentives for projects and users in the Optimism ecosystem.

The first airdrop will be launched in the second quarter of 2022. 5% of the existing OP tokens will be distributed in this way.

On the Optimism Collective page, it is possible to check one’s eligibility to receive OP tokens during the first airdrop.

Until now, Optimism did not have its own token, unlike the other popular scaling solution for Ethereum, Polygon.

It is worth noting that the price of Polygon’s token, MATIC, has lost more than 16% of its value in recent days, only to rebound slightly. It had reached an all-time high in December 2021, and since then the cumulative loss has been 56%.

However, it is currently very difficult to predict what price, and what trend, OP will have once it is on the market.