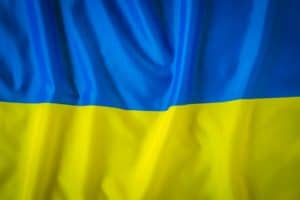 Binance has announced the launch of a new debit card for Ukraine, which will enable the country to manage donations with the stablecoin BUSD.

Binance, crypto and donations in Ukraine

Humanitarian aid for Ukraine from Binance is on the way, with a new debit card

The role of cryptocurrencies in the context of solidarity is one that we are not discovering now, but neither did we discover it long ago.

Since that ominous 24 February 2022 when the Kremlin’s army entered the trident state, the Ukrainian people have been lost, Great Russia has been mowing down the country and with it bringing the population to its knees.

While the international community wondered about countermeasures, aware of the danger of the situation, which could go from being a border war between two countries in the east to a full-blown world war, the crypto community surprised everyone by delivering results.

From the first days, billions of donations in Bitcoin arrived for humanitarian aid, to buy clothes, food, medicine and energy.

Following the example of these initiatives, others also took this route. First, the founder of Ethereum secretly sent 5 million dollars in ETH to the Ukrainian people.

However, the secrecy of the operation had a flaw and Vitalik Buterin’s beautiful gesture came to light with great clamour on social media.

Now it is Binance’s turn to take things to another level by providing $75 billion in aid per month for three months.

Binance and philanthropy in the age of cryptocurrencies

This is definitely the time of crypto, the world has opened up and is increasingly embracing Blockchain technology and cryptography, thus normalizing digital currencies.

This brings uses in previously unthinkable fields such as philanthropy, in this case as humanitarian aid.

Binance has just entered this field by creating an instrument that will be the means of receiving aid in BUSD (Binance USD) that can be spent in the EEA (European Economic Area).

To make this happen, Binance is working with many organizations to make it all more effective, including but not limited to the European BAAS (banking as a service) platform, Contis.

The non-profit organization Rotary Palianytsia is also on board.

As called for by the UN high official (UNHCR), the operation is expected to provide a total of USD 75 billion in aid over three months.

The head of Binance Charity, Helen Hai, has made it clear that this is not a commercial operation but humanitarian aid through a new and functional tool. She announced that:

“The whole world is able to observe the important role played by cryptocurrency and how it transforms our reality. It is the cryptocurrency that plays a key role in raising vital funds and providing much needed humanitarian assistance to Ukraine. It has no borders, no restrictions, no documents and other complex and lengthy bureaucratic procedures and is capable of producing results here and now”.

This is to underline the key role of cryptocurrencies in the field of donations, not only because of their ease of use but also because of the little if any impact of bureaucracy on them.

This makes crypto in general a fast, effective and secure tool.