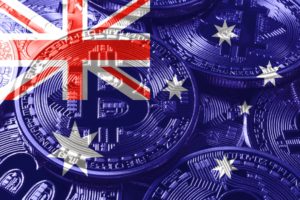 Australia and the launch of its first spot Bitcoin ETF

Australia will finally have its own spot ETF in Bitcoin just like Canada and Europe, but this comes during days of big losses for BTC and ETH.

The first Bitcoin spot ETF for Australia is launched

A new way of looking at investing in Bitcoin has taken the financial landscape by storm, spot BTC ETFs.

This product is linked to Bitcoin by being based on it, yet allows investors to invest their own money without having to buy Bitcoin directly.

Investors but also newbies have shown a high interest in this type of product and so it has spread to Europe and South America, now it seems the turn of the land of kangaroos.

The launch of the product comes in a very peculiar climate: the main cryptocurrencies are in negative ground and are approaching dangerous supports to maintain the current price ranges.

There is a fear that the premium on this fund will not last long. However, some do not think so.

Strong flows are also a bullish sign, and we have examples of this in the past. Investors tend to hold on to their currencies at the end of a correction where prices are expected to rise.

The altcoins LUNA and ADA are also in the same situation and have also entered this spiral with losses of over 7%.

The causes of the red trend

Whether or not a major recession is in the pipeline is unknown, but the signs are not the most encouraging, at least on paper. The first quarters of the year for the main stocks have shown negative surprises. Meanwhile, the US central bank is grappling with an aggressive fiscal policy aimed at curbing the ultimate evil, inflation.

Economic data did not put a smile on the face and it is thought that Russia could intensify its attacks in a very dangerous escalation for the rest of the world. The Nasdaq dropped 3.9%, while the S&P 500 fell 2.8%.

Alphabet (GOOGL) on Tuesday reported that its first-quarter profit fell 8% and that was the straw that broke the camel’s back. Deutsche Bank said it sees a severe recession on the horizon and revised its estimates earlier this month for a milder downturn.

Last but not least, Russia has decided to cut off natural gas supplies to Poland, leaving it out in the cold in the face of its refusal to pay for Moscow’s gas in roubles. Finally, the Kremlin has made it known that it holds the West responsible for the escalation of the conflict by supporting Ukraine with weapons and words.

What are spot Bitcoin ETFs and how do they work?

Bitcoin ETFs are the perfect tool because they provide volatility protection while being based on the cryptocurrency.

As reported in a previous article, Exchange Traded Funds, or ETFs for short, are instruments that allow investors to get a foothold in the world of cryptocurrencies without actually purchasing them.

They ease the investor’s worries and have decent returns despite the fact that the macroeconomic situation is very complex and full of risks.

Those who invest in such instruments avoid the problem of large fluctuations and can enjoy very positive performance for more than a year.

The post Australia and the launch of its first spot Bitcoin ETF appeared first on cryptodailynews24.com.