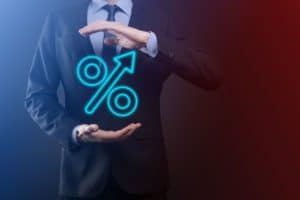 Stock markets continued to fall in the wake of news from Ukraine and fears of new interest rate hikes from the Fed.

After the major binge of the last three years, equity markets seem to have entered a long correction phase from the all-time highs reached by all US indices in 2021.

Fears of a prolonged war, with a possible escalation of the conflict, commodity prices hitting their highest level in several months, new lockdowns in China due to Covid outbreaks, and fears of new interest rate hikes by the Fed are convincing many investors that it is time to reduce their equity positions.

On Friday, all US indices suffered heavy declines of between two and three percentage points, before recovering slightly on Monday on news of Elon Musk’s takeover of Twitter.

Concerns about a global economic slowdown due to Covid’s outbreaks in China and the war in Ukraine sent interest rates lower. The 10-year Treasury yield returned to the 2.8% level.

This was compounded by concerns over a robust rise in US interest rates, following Fed Chairman Jerome Powell‘s words a week ago reiterating his suggestion that rates would rise by half a percentage point in May.

Jamie Cox, managing partner at Harris Financial Group in Richmond, Virginia, said in the Bloomberg financial newspaper on Friday that:

“Markets are very uneasy about the growing likelihood of a policy error by the Federal Reserve. When a Fed official suggests a 50 basis points hike, markets immediately start trying to price in 75 basis point hikes”.

Not just the stock market

The dollar, evidently on the news of a rate hike, gained ground on the major currencies to reach two-year highs. Gold, the ultimate safe-haven asset, also fell, dropping nearly a percentage point. Bitcoin lost more than 4% over the weekend before rebounding sharply following the news of the Twitter takeover.

Oil was also down, with WTI below $100 and Brent just above $102 a barrel, as fears of a slowdown in global economic growth continued.

“The prospect of further restrictions in China could lead to a poisonous mix of further inflationary pressure, as supply chains in the so-called ‘factory of the world’ get disrupted, and weaker economic growth”.

Experts say the mix of high inflation, conflict in Ukraine and Covid-caused restrictions in China could lead towards stagflation, one of economists’ worst nightmares, where high inflation and economic stagnation are mixed together.