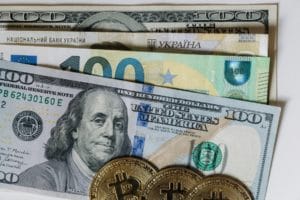 In recent days, it has been discovered that part of the Bitcoin stolen from Silk Road were found a year ago.

The Bitcoin from Silk Road

Wired reported that after the confiscation, prosecutors signed an agreement with the founder, Ross Ulbricht, whereby using part of those Bitcoin will cancel Ulbricht’s debt of over 183 million dollars.

The founder of Silk Road, who is currently in prison, was ordered to pay that amount in 2015 as a penalty for illegal sales on the platform.

Despite the fact that the recovered Bitcoin were considered to be the proceeds of illegal activity, the Justice Department overruled to strike a deal with Ulbricht whereby he waived all claims to that money.

However, the value of the nearly 70,000 BTC seized is currently reported to be nearly $3 billion. At the time of the confiscation, their market value was just over USD 1 billion, which is more than enough to pay off Ulbricht’s debt.

Thus, not only is the Silk Road founder’s financial debt to the US justice system now settled, but the Justice Department can proceed with the sale of those Bitcoin and collect much more than it expected.

The fact is that after the confiscation, the DoJ received several claims regarding the recovered Bitcoin, which did not allow them to proceed with the sale immediately. And so when they actually proceed with the auction, the proceeds will be added to the US treasury with a billion-dollar capital gain.

Ross Ulbricht and his relationship with the justice system

Ulbricht’s prison sentence remains unchanged, but his attitude towards the law is now decidedly improved.

Ulbricht is still facing life imprisonment, but perhaps at this point it may become more likely that he will be commuted to another form of punishment, as requested by the ongoing habeas petition.

The curious thing is that the agreement would have been finalized without involving the prosecutors of the Southern District of New York and the lawyers of the Justice Department who handled the case.

The hypothesis put forward by UC Berkeley researcher and computer scientist Nick Weaver is that the deal was made in this unusual way to remove any impediment to the massive government seizure of funds. Weaver followed the entire case from the inside during the process.

In November 2020, when the Justice Department announced the massive confiscation, it did not disclose where the funds came from. However, it was the very hacker who had stolen them from Silk Road seven years earlier.

The IRS criminal investigation was not only able to track down the funds and identify the hacker, but also convinced him to let the BTC be confiscated to avoid criminal prosecution.

All this was made public only a few days ago.

“We’re very pleased that the financial penalty that was wrongly imposed on Ross has been reversed, just as other false charges against him were dropped in federal court after trial,. This is just another reminder that the case against Ross has always been misrepresented and weak, and we look forward to the day when Ross’ unjust sentence is corrected and he returns to the free world where he can contribute to society”.