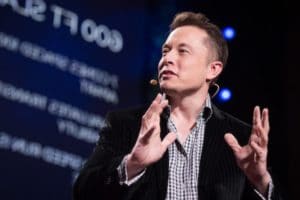 After an initial rejection, Twitter’s board finally accepted Elon Musk’s offer to buy the company for $44 billion.

The agreement for the transfer of Twitter over to Elon Musk seems to have been finalized, after a slight adjustment of the first offer made in recent days to $44 billion from the $43 billion for 100% control of the company by the funambulist founder of Tesla.

The Wall Street Journal was the first to report the news, although yesterday the company’s main shareholders had already seemed united in their desire to accept the generous purchase offer.

At the beginning of April Musk had gained 9.2% of the company’s capital by purchasing 73.5 million shares, becoming the first shareholder, ahead of the Vanguard fund with about 8.7% and founder Jack Dorsey who controls about 3% of the capital. The investment had actually taken place three weeks earlier, but was only disclosed by the SEC in early April.

Musk had written in a letter to Twitter chairman Bret Taylor:

“I invested in Twitter as I believe in its potential to be the platform for free speech around the globe, and I believe free speech is a societal imperative for a functioning democracy”.

After his initial offer, Musk launched into several tweets to explain the reasons for his choice, also accusing the social network of not being exactly a shining example of defending free speech

If our twitter bid succeeds, we will defeat the spam bots or die trying!

In a second tweet, Musk also challenged the choice of the board of directors, which seemed to be inclined not to accept it, asking users, as he usually does, in a poll whether they thought such a choice should be made by shareholders rather than the board.

Taking Twitter private at $54.20 should be up to shareholders, not the board

News of the offer

According to the latest news reported by the WSJ, Musk has submitted a detailed financing plan to the SEC in recent days, based on two loans from the investment bank Morgan Stanley and other smaller banks for a total of about 25.5 billion dollars. The remaining 20 billion or so would be raised from the sale of Tesla shares.

In defence of the Tesla founder’s offer, the Republican Party has also moved, which, after what happened with President Trump, is certainly not satisfied with the current management of the social network.

In a letter, 18 members of the House Judiciary Committee led by Jim Jordan, one of Donald Trump’s staunchest supporters, asked the board of directors to retain all documents and correspondence relating to the proposed purchase.

So what is really behind an offer that doesn’t seem to have the makings of a business opportunity, given that the social network is struggling to keep up with other social networks that are much more popular among the young and very young, such as Tik Tok and Snapchat, especially in the US?

Musk himself had in the past defined the social network as a not very profitable business, writing:

“This is not a way to sort of make money. My strong intuitive sense is that having a public platform that is maximally trusted and broadly inclusive is extremely important. So the future of civilization, but you don’t care about the economics at all”.

Musk probably wants to create a new Twitter that is more free and entrepreneurial. According to some, Musk seems to be very attached to the role that his popularity on Twitter has given him in recent years, making him a real guru, especially in the cryptocurrency sphere.

How can we forget the success of meme coins, such as Dogecoin and Shiba Inu, which entered the top ten most capitalized digital currencies thanks to his supportive tweets.

Moreover, it is likely that Musk, who for some time has been thinking of creating his own social network to compete with Twitter, must have thought that it would be easier and quicker to buy the original and shape it to his liking from the inside.

According to Musk, Twitter must become a social network where absolute freedom of speech is guaranteed. In fact, he stated:

“I would like Twitter to become an inclusive platform where freedom of speech is guaranteed. Something tells me that having a public platform that is trustworthy and broadly inclusive is extremely important to the future of our civilization”.

Perhaps this will also result in a resounding return of Donald Trump, who was banned from the old Twitter after his supporters stormed Capitol Hill following the 2020 presidential vote.