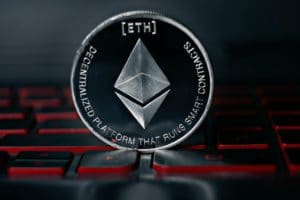 What are Ethereum gas fees and how do they work?

Let’s take a look at what the gas fees are and how they work in the Ethereum blockchain ecosystem.

Gas fees in the Ethereum world

There has always been much discussion about the complicated and above all rather expensive fee mechanism that Ethereum charges to make any kind of transaction on its blockchain, the so-called gas fees.

Gas very briefly refers to the fee or cost of every single transaction that is required in Ethereum’s native cryptocurrency, ETH.

The term indicates the propellant that enables the Ethereum “machine” to move. The price is set by dividing 1 Ether into small fractions, which are called gwei (each gwei is equal to 0.000000001 ETH).

Thanks to the gas or fees that are paid, it is possible to virtually initiate the smart contracts that are the basis of every transaction on the blockchain.

The price that is paid for each transaction changes continuously, based on the traffic that is there at the time or on the decisions made by the miners, who can also possibly reject a transaction if its “cost” is not deemed adequate.

This is precisely the incentive that is paid to the miners who monitor the security of the network, checking and verifying every single transaction. Miners thus have a second resource that compensates them for their work in addition to the ETH that they are paid for their “mining” activity.

Users have to pay this fee to reward the work of the network and the energy consumption that the blockchain requires in order to function. Given that the price of ETH gas moves in the logic of supply and demand, the more transactions users request, the higher the gas fees will be, due to the fact that Ethereum’s block space gradually becomes scarcer.

Upgrades of the Ethereum protocol

With the London Upgrade, made in August 2021, the twelfth made by Ethereum since its founding in 2015, the method of calculating the gas fee was changed.

The implementation of the EIP1559 amendment was introduced, which precisely changes the handling of transactional fees that makes them more predictable and, more importantly, cheaper.

In short, as the base transaction fee is burned in, users must also now set a kind of tip in their transactions. The tip compensates miners for executing and propagating user transactions in blocks and should be set automatically by most wallets.

The total transaction fee is then calculated with this simple mathematical operation: Gas units (limit) * (Base fee + Tip).

In the last period, with the explosion of DeFi and NFTs and with the price of ETH soaring, the fees being paid have also gone up significantly and this has resulted in a small escape by dApp developers (currently around 3000 on the blockchain) to new and cheaper blockchains, such as Cardano, Solana, Polygon and Avalanche.

This is why in the last year Ethereum developers have been working hard on the latest update, Merge, which should change the consensus algorithm from PoW to the current cheaper, sustainable and scalable Proof of Stake.

According to some calculations, this update could reduce network power consumption by up to 99%, making fees much cheaper and more convenient as a result.

The post What are Ethereum gas fees and how do they work? appeared first on cryptodailynews24.com.