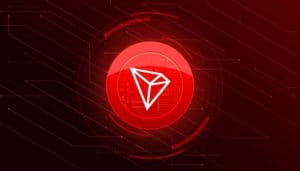 USDD, an algorithmic stablecoin on Tron

The Tron protocol, led by Justin Sun, is about to launch its own algorithmic stablecoin, USDD

The Tron network will soon have its own algorithmic stablecoin, USDD

Following the successes of DAI on Ethereum, and especially UST on Terra, it will be possible to exchange TRC-20 tokens with a value of $1 each, but without direct collateralization in USD.

It is worth noting that the success of the algorithmic stablecoin UST on Terra over the past 12 months has been resounding. It now capitalizes more than Binance USD (BUSD) and Shiba Inu (SHIB), while only a year ago it capitalized less than one-hundredth of its current value (120 million as of April 2021, compared to almost 18 billion today).

Surely this incredible success is driving other similar projects, such as USDD.

The announcement of USDD was made by Tron’s founder, Justin Sun, now Grenada’s ambassador, on his official Twitter profile.

The @usddnetwork will provide custody service for the $10B worth of highly liquid assets raised from blockchain industry initiators and use them as an early-stage reserve.

Sun revealed that USDD Network will provide custodial services for the $10 billion of liquid assets used as a reserve in the initial phase, while TRON DAO Reserve will manage the interest rate which is now 30% per annum.

These algorithmic stablecoins are based on lending, and are very successful because they promise very high annual interest rates to lenders.

These interest rates are not fixed, and vary according to the relationship between supply and demand, as they serve to keep the value of the token stable.

Tron is also the single network on which the world’s most widely used stablecoin, USDT, transacts the most.

In fact, execution speed and, above all, very low transaction costs have allowed it to surpass Ethereum in this particular area.

According to Justin Sun, stablecoins have now entered a new era.

Sun promises that USDD (Decentralized USD) will be:

“the most decentralized stablecoin in human history”.

Indeed, he flatly states that the current 3.0 era of stablecoins will be driven by USDD itself.

While this may well be true on paper, it remains to be seen how much real competition it will be able to pose to UST in the crypto markets. For now, it seems to be able to offer superior returns, and it is likely that they will be banking on this to try and overtake Terra’s stablecoin.

USDD within the DeFi ecosystem

USDD on TRON is expected to go live on 5 May 2022, and will also be available on Ethereum and BNB Chain.

In phase 1.0, management will be entrusted to the TRON DAO Reserve and other blockchain institutions. For now, Sun has not given any further details on the following phases.

In reality, it could be extremely difficult to take market share away from UST, because it is mainly used on DeFi protocols on Terra.

USDD will therefore apparently not be a direct competitor, and will need to establish itself on the DeFi protocols on Ethereum, BNB Chain and TRON.

It will therefore be a remote comparison, on different chains and protocols, but with similar services. It is worth noting that UST is now also in use on other chains, and it cannot be ruled out that USDD may sooner or later arrive on Terra.

So, initially, the direct comparison will be limited, but it could become wider. It remains to be seen whether USDD and Tron will really be able to compete with UST and Terra, or whether the latter has already gained such a foothold that it is effectively unassailable.

The post USDD, an algorithmic stablecoin on Tron appeared first on cryptodailynews24.com.