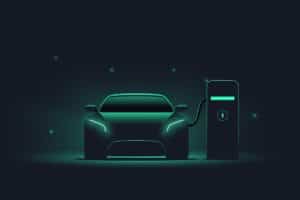 Everything is ready for Tesla’s Robotaxi

Tesla’s Robotaxi takes shape and Elon Musk reveals 44 more details on the sidelines of the opening of the gigafactory in Berlin.

Elon Musk is anything but a time-waster.

During his visit to the gigafactory in Texas, the inspirational entrepreneur announced the Robotaxi project while remaining vague, but now the time has come to add some hype and he does so on stage at the opening ceremony of the Berlin headquarters.

In the wake of Tesla‘s best-ever quarterly earnings, Musk returned to the subject of taxis with some important statements about his new creation. The visionary Elon said:

“I think it can be a very powerful product that we could produce in 2024 and that it can be a real boost for Tesla’s growth”.

Suggesting that he is banking a lot on this new product.

Further details coming out of the CEO’s mouth are technical. The autonomous taxi will have no pedals or steering wheel, will have a futuristic shape and will cost less than a bus ride or a metro ticket.

It is not known whether the vehicle will use an evolution of the self-driving system already successfully tested in the Model Y or a new system.

Musk doesn’t always get the timing right, but he knows how to get investors’ attention, and we can’t say that his projects haven’t revolutionized everyone’s way of life, both in everyday life and in research, especially thanks to SpaceX.

The Nasdaq is truly a diverse world, and while Netflix’s last quarter was a setback, Tesla’s was not.

The Texans have made themselves the protagonists with the best quarterly ever, bringing home a result that speaks for itself. A turnover of $18.7 billion against a net profit of $3.3 billion that blow on the wings of Tesla in the stock market bringing it to a +8% after a slight initial decline, but that’s not all.

Compared to the first quarter of 2021, Tesla’s sales increased eightfold (an all-time record from 438 million last year), with sales exceeding 300,000 units and an operating margin of 19.2%.

The picture and how to overcome some of the problems

From the prestigious stage of his new German gigafactory, the CEO also said:

“Over the past two months, we have started Model Y deliveries from Gigafactory Texas and Gigafactory Berlin-Brandenburg (which had a negligible impact on first quarter gross profit)… The challenges around the supply chain remained persistent and our the team has been dealing with them for over a year”.

Commodity, supply chain and demand gridlock didn’t help matters, but Elon Musk has been able to meet these challenges and his team’s commitment has led to this historic quarter which doesn’t discount the contribution of the Berlin gigafactory, which will feature prominently in the second-quarter figures.

Musk has been able to diversify by entering all strategic sectors: logistics, electric cars, military, technology, social, cryptocurrency, etc. in a win-win strategy that is leading him to be the first trillionaire in history.

The post Everything is ready for Tesla’s Robotaxi appeared first on cryptodailynews24.com.