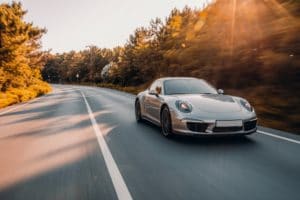 Porsche Towson, a Porsche dealer operating in Baltimore, Maryland, has started accepting crypto as a method of payment for car sales.

Thanks to the collaboration with BitPay, Porsche Towson will be able to accept crypto as a payment method

Among the main cryptocurrencies supported, alongside Bitcoin and Ethereum, we find the most popular memecoins, Dogecoin and Shiba Inu.

The new implementation in the payment system was carried out through a collaboration with BitPay.

BitPay is a payment service provider based in Atlanta, USA. Founded in 2011, it offers a quality B2C as well as B2B service to facilitate access to the world of cryptocurrencies for novice users and companies that want to expand their service offering.

The words of the tweet are really catchy and no doubt will drive people to buy a Porsche. BitPay has studied well how to imprint the news on the market, stating:

Porsche is not the first automaker to enter the world of cryptocurrencies. In fact, the news was anticipated by Elon Musk some time ago, stating that he would like to start accepting Dogecoin as a method of payment for Tesla cars.

There is no doubt that DOGE has always been the favourite cryptocurrency of Tesla’s CEO, so much so that he holds a large chunk of it in his personal portfolio.

Elon Musk, as usual, first wanted to listen to the opinion of the community with one of his polls, now an indistinguishable signature of the CEO of Tesla and SpaceX.

Do you want Tesla to accept Doge?

In fact, a few months before the DOGE survey, Musk had announced via tweet that Tesla had begun to accept Bitcoin as a method of payment.

You can now buy a Tesla with Bitcoin

As usual, concise and impressive:

“You can now buy a Tesla with Bitcoin”.

This news was released following Musk’s own announcement that he had bought $1.5 billion worth of Bitcoin. The news caused a stir among the community as the famous entrepreneur’s choice was not in line with Tesla’s vision.

The reaction of crypto markets

In the last 24 hours, the price of Bitcoin has risen by 2.4%, although it was probably not the BitPay and Porsche Towson announcements that triggered this rise in the market.

Not even the important news about the record-breaking Cardano blockchain managed to have a significant impact on the price of ADA, whose price has returned to February 2021 levels.

The post US Porsche dealer accepts crypto as payment appeared first on cryptodailynews24.com.