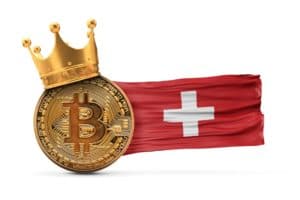 Switzerland tops the list of most profitable Bitcoin traders

A study by Invezz has revealed that Switzerland tops the list for having the most profitable Bitcoin traders, with $1268 per investor.

Switzerland is home to the most profitable Bitcoin traders

Switzerland ranks first for the most profitable Bitcoin traders

According to a study by Invezz, it appears that the most profitable Bitcoin traders are located in Switzerland, with France taking the top spot when weighting investors and realized gains.

The data was collected by Chainalysis who analyzed the top 25 countries for realized Bitcoin gains worldwide in 2020, with Europe definitely coming out on top.

In practice, Invezz’s ranking uses multiple parameters such as:

In the case of Switzerland, its record only emerges when combining BTC gains per investor, rather than per citizen, surpassing the Czech Republic by a small margin. Both countries have experienced traders and generate $1,268 and $1,259 each respectively.

In this respect, France comes in eighth place, with $275 per investor, despite being the overall front-runner as the only country to be above average in all three metrics.

Switzerland vs France, a clash of traders

On a more macro level, Europe dominates the BTC trader scene. When looking at individual countries, the top 6 are European, with Canada in fourth place.

European traders earn an average of $453 per trader, while North Americans capture only $240 per trader. This means that Europeans earn 89% more than their counterparts in the US and Canada.

Looking at the chart for each country that invests in crypto, as well as the profit for each of those cypto-traders, there is Ukraine that records the highest percentage of crypto investors at 12.7%, but a low profit of $72 per investor ruins their chances.

Staying in Switzerland, it seems that in 2021 the country’s Crypto Valley will establish itself as a true global hub for the crypto and blockchain industry, with as many as 14 companies dubbed “unicorns”.

This is revealed by the VC Top 50 Report 2021, which brings the 14 Swiss crypto companies into its ranking, as each one exceeds $1 billion in valuation (that’s why they are “unicorns”).

Not only that, among the 14 companies, one in particular is referred to as a “hectocorn”, as it has been valued at over $100 billion, while three are “decacorns”, with valuations of over ten billion.

Zug remains the epicentre of Crypto Valley, with 528 crypto and blockchain companies, out of the total 1128 in the territory, employing more than 6000 people, in addition to the thousands working remotely from all over the world.