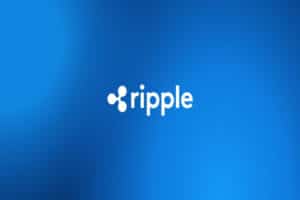 The CEO of Ripple, Brad Garlinghouse, says he is against Bitcoin’s maximalism, calling it the brake on the entire crypto industry.

Yesterday, the CEO of Ripple, Brad Garlinghouse, lashed out at Bitcoin’s “tribalism”.

During an interview with CNBC, Garlinghouse argued that the “tribalism” currently surrounding Bitcoin and other cryptocurrencies is holding back the entire crypto market.

He is referring in particular to the so-called “maximalists”, i.e. those who argue that Bitcoin is good, while all other cryptocurrencies would be bad.

Bitcoin maximalists are a reality, and there are many of them, starting with Twitter co-founder Jack Dorsey. However, it is worth noting that there are also maximalists of XRP, the cryptocurrency created by Ripple and which until a few years ago bore his name.

That said, it is hard to imagine why maximalists would have a negative impact on crypto markets.

Garlinghouse has admitted to owning both BTC and ETH, and has stated that he believes the crypto sector will continue to thrive.

He then went on to specifically state that polarization towards Bitcoin would not be healthy because “all boats can rise”.

In light of this, it is worth mentioning that, for example, compared to twelve months ago the price of BTC is 26% lower, while that of ETH is 33% higher. The price of XRP, on the other hand, is 45% lower.

Moreover, compared to historical highs, BTC and ETH are down just under 40%, while XRP is still down almost 80%. In 2021, Bitcoin and Ethereum recorded new ATHs, while XRP’s is stuck at January 2018.

He also went on to say that maximalism has meant that the crypto sector has appeared “fractured” in the eyes of US lawmakers.

Actually, it might not be a bad thing at all that lawmakers distinguish projects like Bitcoin and Ethereum from projects like Ripple and XRP. And it is very important that they are also clearly distinguished from all those crypto projects that over the years have turned out to be nothing but scams.

According to Garlinghouse, the lack of coordination among crypto players in Washington is shocking. However, it is worth noting that there are many crypto companies that prefer not to deal with Ripple.

Indeed, the company still owns the majority of existing XRP tokens, which makes its monetary policies unpalatable to many advocates of decentralization.

For this, and other reasons, the SEC is investigating Ripple, although news has emerged in recent months about the lawsuit filed in late 2020 that would suggest a possible positive outcome for Ripple.

Given that the majority of genuine Bitcoin supporters are also supporters of decentralization, it is inevitable that there is a brick wall between Bitcoin advocates and XRP supporters that is difficult to cross or circumvent.

In other words, the “tribalism” that keeps these two factions separated from each other is likely to continue for a long time to come.