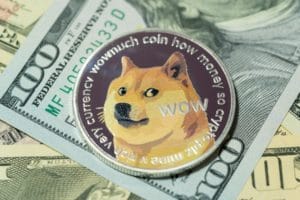 Ethereum trending in the UK and Dogecoin in the US

Studies reveal that while Ethereum is the trending crypto in the UK, Dogecoin is popular in the US when it comes to Google searches.

Ethereum trending in the UK

Last week it was reported that Google searches in the UK were booming for Ethereum, the second-largest crypto by market capitalization.

A shock for Bitcoin lovers, even though the trend of ETH in the UK refers to the boom of enquiries on how to sell the crypto, namely “sell ethereum” which seems to have registered a +1636% in one day.

What remains to be seen, therefore, is the interest of the British in the crypto that will soon become a Proof-of-Stake (PoS), in its most up-to-date version of Ethereum 2.0, much more environmentally friendly than Bitcoin.

Dogecoin is the trending crypto in the US

Moving overseas, it seems that traders in the United States are more interested in asking Google about Dogecoin (DOGE), the crypto meme par excellence.

This was revealed by Coin Insider who analyzed Google Trends data to determine which is the most searched asset.

Dogecoin appeared in the largest number of states, exactly 23, including Illinois, Florida, Hawaii and New Jersey.

In general, it is thought that the interest in this crypto starts with its infamous influencer, Elon Musk who, in addition to declaring that he has DOGE in his wallet (along with ETH and BTC), had previously stated that Tesla would accept the meme crypto as a method of payment.

Also in the US, it seems that the second most popular crypto among 10 states, such as Connecticut, Alaska, Mississippi and New Hampshire, is Bitcoin. Next is Ethereum with 8 states such as Georgia, Louisiana, Virginia and Ohio searching for it.

Moving down the podium, we find the second crypto meme, the “Dogecoin Killer”, Shiba Inu (SHIB) which seems to have a nice trend of followers in the US. SHIB has been searched on Google by seven states, including California, New York, Texas and Nevada.

Over the past month, DOGE seems to have had a fairly stable, albeit upward trend. Starting at $0.12, DOGE’s price has reached its high for the month at $0.17, before returning to $0.14 at the time of writing.

Despite the fluctuations, DOGE hasn’t lost its place in the rankings, thanks to its 18.5 billion market cap which places it 12th, with a dominance of 0.97% over the entire crypto market.

In Crypto Head’s forecast, Dogecoin along with Tether, Binance Coin and Decentraland could reach a trillion market capitalization by 2024.

The post Ethereum trending in the UK and Dogecoin in the US appeared first on cryptodailynews24.com.