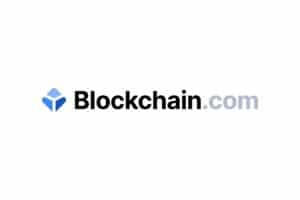 The Blockchain.com exchange, founded in 2011 and valued at $14 billion in March, may go public with an IPO by the end of the year, according to Bloomberg.

Blockchain.com set to go public with an IPO

The 14 billion giant, the blockchain.com exchange, is ready for the IPO

Luxembourg-based cryptocurrency exchange Blockchain.com is currently in talks with investment banks to explore the possibility of an IPO, as reported two days ago by financial newspaper Bloomberg. The company declined to comment on the rumour.

The cryptocurrency trading platform is currently available in 200 countries, with 37 million users, with 82 million wallets created and over $1 trillion in transactions.

It was co-founded by CEO Peter Smith, president Nicolas Cary and Benjamin Reeves. The company acquired Altonomy’s over-the-counter (OTC) trading desk for about $250 million, and was also chosen by the Dallas Cowboys, a prominent National Football League (NFL) team, as the team’s first crypto sponsorship.

The board of the company led by Smith also includes former Barclays CEO Antony Jenkins. In 2019, at the opening of the London office, former Prime Minister David Cameron was invited as a testimonial, stating:

“It’s great to be at the start of a revolution here in London, I hope you continue that revolution”.

In March, it also began developing a product to expand its business into decentralized finance.

Its valuation reached the considerable figure of $14 billion, following a Series D funding round led by Lightspeed Venture Partners and Baillie Gifford & Co.

Last month, a partnership agreement was signed with digital payments giant Stripe to make it easier for users to purchase cryptocurrency with their cards and reduce the risk of fraud, thanks to its innovative fraud protection tool, Stripe Radar.

The company’s vice president, Thianh Lu, commented on the partnership:

“A frictionless user experience is critical to building trust, so we’ve focused on making the process of exchanging fiat for crypto as simple as possible. Stripe’s partnership is instrumental in making that happen”.

If the rumours of the listing are confirmed, Blockchain.com would be the second cryptocurrency company to go public after the exchange Coinbase, which listed on 14 April last year on Nasdaq.

But it wouldn’t be the last, as Binance has also been considering a listing for some time.

The Chinese exchange recently raised more than $200 million in a funding round. RRE Ventures, VanEck, Foundation Capital and Circle Ventures, among others, contributed to the funding.

In December, the eastern subsidiary of the exchange founded by Changpeng Zhao had cancelled its listing in Singapore due to difficult market conditions.

But according to leaks from top management, the $4.5bn-plus company is seriously considering a New York listing within the next two to three years.