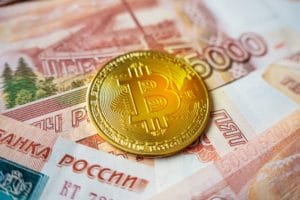 The US Treasury has placed BitRiver, a Bitcoin mining company operating in Russia, on the blacklist of companies subject to sanctions.

The US Treasury’s Office of Foreign Assets Control (OFAC) has placed BitRiver on the list of companies subject to sanctions.

The official release states that the US Treasury is seeking to identify those companies and individuals who facilitate the circumvention of sanctions, and among these in particular their focus is going towards financial and operational support networks for attempts to evade sanctions.

For this reason, they have added new entities and individuals to the list of subjects to be kept under close scrutiny, including a Russian commercial bank, Transkapitalbank, and a global network of over 40 persons and organizations led by the Russian oligarch Konstantin Malofeyev.

In addition, they have also listed companies involved in cryptocurrency mining, deeming Russia to be the third most capable country in the world. This is the first time that the US Treasury has blacklisted a crypto mining company.

In particular, BitRiver operates large international mining farms, and according to the US Treasury, is helping Russia to monetize its natural resources. The country has large, cheap energy resources and a cold climate that is perfect for mining.

The sanctions will affect, for example, the import of computer equipment and payments in fiat currencies.

“The United States is committed to ensuring that no asset, no matter how complex, becomes a mechanism for the Putin regime to offset the impact of sanctions”.

Bitriver was founded in Russia in 2017 and currently has three offices in the country. Last year, however, it moved its registered office to Switzerland, and it is possible that from here it could organize and manage international transactions to circumvent sanctions.

US Treasury on the offence

To the best of our knowledge, these are the only crypto mining companies to have been placed on the US blacklist of those subject to sanctions against Russia.

It is worth noting that the International Monetary Fund has just published a report showing an increase in the use of cryptocurrencies in emerging markets, with higher trading volumes following the introduction of sanctions against Russia.

In particular, the report shows that in March there was a significant increase in the exchange of USDT in roubles or Ukrainian hryvnias, probably because it is easier to circulate capital freely, especially internationally, with stablecoins rather than with traditional fiat currencies.

It also reports the concept expressed by the US Treasury, namely that crypto mining allows Russia’s energy resources to be monetized, “outside the financial system”.

But it also specifies that the share of crypto mining in sanctioned countries is relatively small. Estimating a crypto mining market of about $1.4 billion per year globally, Russian miners would have 11% (0.15 billion) and Iranian miners only 3% (0.04 billion).

In light of this, other similar initiatives by the US Treasury could also be expected, but they are unlikely to be major.