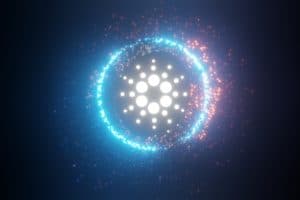 Despite the fact that its native cryptocurrency, ADA, is not performing well, the Cardano project has recently set new records.

Records for the Cardano blockchain

The most striking figure is the increase of 100,000 wallets in the last month alone.

JUST IN: #Cardano has added 100,000 wallets to its network in the past month.

There are now almost 3.3 million.

In addition, there are now almost 900 projects under construction on Cardano, of which 400 have apparently only been added in recent weeks.

In fact, about a month ago IOHK vice-president Tim Harrison reported on LinkedIn that there were 517 projects under development.

A few days ago, on IOHK’s official Twitter profile, it was reported that the number had risen to almost 900.

As of today, nearly 900 projects are #BuildingOnCardano

And this number goes up day by day. Keeping track of all the news from this incredible ecosystem is not easy & this is why every week we compile an ecosystem digest with highlights & updates.

It is worth noting, however, that this very positive news has not been able to drive up the price of ADA.

Indeed, the price has remained substantially stable over the last week, having fallen from $0.94 to $0.88, before rising again to $0.93 following the publication of the above news. It is currently hovering just below $0.97.

The current price is still 10% higher than it was a month ago, although one might have expected more over the past month given the data released.

The impact of the data on ADA

Basically, the price of ADA has returned to the value it had in February 2021, following the first spike in the last big bull run, which continued until September 2021.

The difference between the results that have been announced recently and the performance of the ADA price is really significant, so much so as to raise some suspicions. In other words, either the current price is really overly undervalued, or the figures do not really correspond to a large increase in use.

For instance, DefiLlama shows only 10 DeFi platforms currently running on Cardano, with a TVL of only $224, with four of those platforms at $0 TVL. Even assuming these figures are not correct or up-to-date, the distance to rivals like Ethereum or Terra seems abysmal.

A new Cardano update, Vasil Hard Fork, is announced in June and is expected to bring further major improvements to the network’s performance, but the competition already seems to be much more advanced in the markets, so that it will be extremely difficult for Cardano to nibble away at market share.

However, the average daily number of transactions over $100,000 on Cardano has increased 50-fold since the beginning of the year, so its usage may well be poised to explode.

The post New records for Cardano appeared first on cryptodailynews24.com.