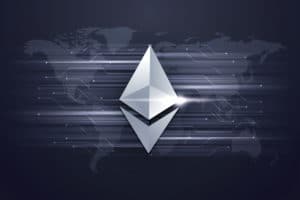 The balance sheet of the Ethereum Foundation shows that almost all the wealth in digital assets is invested in ETH.

Investments of the Ethereum Foundation

The Ethereum Foundation (EF), the non-profit organization in charge of allocating financial support within the Ethereum (ETH) ecosystem, had invested $1.3 billion in cryptocurrencies at the end of last quarter, the vast majority of which was held in ETH, according to the foundation’s latest report.

This would be about 99.1% of the amount invested in digital assets in ETH, out of a total invested of $1.6 billion.

This amount represented 0.297% of the entire supply of ETH at the end of March, according to a note published by the Foundation. The EF has stated that it believes in the potential of Ethereum and these holdings represent that long-term perspective.

There is also to say though, that the foundation sold some of its holdings in digital assets when ETH was near its all-time high.  This was in November 2021, when ETH exceeded $4,900.

In the note issued upon publication of the report, the organization informed that it has started to increase its non-crypto savings. The move could be made with a view to risk diversification as explained by the company:

“Continuing to fund non-core but highly leveraged projects during a market downturn”.

With regards to the approximately $250 million invested in non-digital assets, the Ethereum Foundation also explained that this was to balance “rising ETH prices” and market downturns.

The report also outlined how the Foundation managed its spending throughout 2021. The entity spent around $48 million last year with $20 million being in the form of external spending, including various grants and aid (such as the $3 million in ETH raised by the dedicated DAO earmarked for aid for Ukraine), third-party funding, sponsorships and delegated domain allocations.

The remaining $28 million was distributed to Ethereum community teams and projects.

The Foundation’s perspective on the ETH ecosystem

The Ethereum Foundation is part of a broader community of entities and individuals supporting the Ethereum ecosystem, which in recent months is facing major changes that could make it much more competitive with competing blockchains such as Solana, Avalanche or Cardano.

Led by Aya Miyaguchi, former managing director for Japan at cryptocurrency exchange Kraken, the Ethereum Foundation said it systematically increases its non-crypto investments when ETH prices rise, noting that this offers a greater margin of safety for its core budget.

“Beyond the allocation of financial support, there are many important stories to tell about how EF teams contribute to the ecosystem. There is also a lot of non-financial work that EF community members do behind the scenes”.

The Executive Director also agreed that:

“We are not a normal top-down organization”.