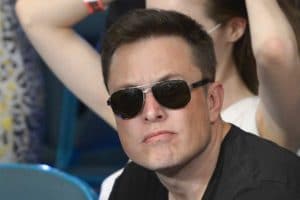 Elon Musk against Twitter board after the poison pill strategy

In a series of tweets, Elon Musk is openly expressing his stance against Twitter’s board of directors after the company adopted the so-called “poison pill” strategy.

Elon Musk against the Twitter board and the poison pill

It all started with a poll that Elon Musk, one of the richest men in the world, allegedly proposed to his 80 million followers last Thursday, asking whether making Twitter private was a choice of the shareholders and not of the board.

Taking Twitter private at $54.20 should be up to shareholders, not the board

“Taking Twitter private at $54.20 should be up to shareholders, not the board”.

Followers reportedly answered 83% yes, thus removing powers from Twitter’s board, which, in response, adopted the “poison pill” to protect itself from the $43 billion cash takeover bid made by the second-largest billionaire shareholder.

Basically, the poison pill is a tactic that is adopted by companies listed on the stock exchange, in cases where a shareholder wants to buy the entire company or have 15% of the shares. In this sense, the capital and the number of available shares are increased by offering them at a discount to other shareholders who do not want to buy the company. By doing so, the value of the individual shares increases, as the strong, albeit “artificial” demand drives up prices.

With the poison pill, each shareholder ends up owning a smaller percentage of the company, and in Musk’s case, the board aims to reduce his share, and also to make him pay much more to buy Twitter.

Elon Musk sides with shareholders, not Twitter’s board of directors

The poison pill doesn’t seem to be a big problem for Musk, since with his offer of $54 per share sold, compared to the current $45, other shareholders might prefer Elon Musk’s 38% premium.

Musk says he is on the side of the shareholders, those who really own the company.

Absolutely. It would be utterly indefensible not to put this offer to a shareholder vote. They own the company, not the board of directors.

“If the board of directors at @Twitter reject the offer made by @elonmusk, then wouldn’t the board be acting in direct opposition to the financial interests of their shareholders?”

“Absolutely. It would be utterly indefensible not to put this offer to a shareholder vote. They own the company, not the board of directors”.

Not only that, just to assert his position against Twitter’s board, Musk also adds that if his bid is successful, the board’s salary will be $0, so to save about $3 million a year.

But Musk is not the only one to criticize the board, former CEO of Twitter Jack Dorsey also stated in a discussion on social that the board “has consistently been the dysfunction of the company”.

And if freedom of speech is truly desired, then Vitalik Buterin, co-founder of Ethereum also expressed his opinion against Elon Musk’s attempted hostile takeover of Twitter.

More specifically, rather than criticizing Musk, Buterin criticizes the kind of enthusiasm that has been generated around this takeover attempt by a wealthy person.

In any case, as the Twitter takeover story continues, it seems that there are new players such as private equity funds Apollo and Thoma Bravo who could enter the game as backers of the purchase campaign or proposers of alternative deals.