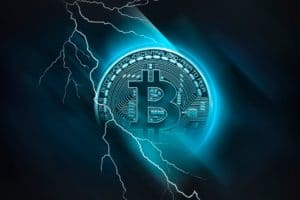 In the last few days, a recent report by Arcane Research has caused quite a stir, claiming that more than 80 million people accessed Lightning Network payments via apps in March.

Adoption is rising quickly, and the use of Lightning is growing much faster than the public numbers show.

The fact is that thanks to apps like Strike, or Chivo, many Bitcoin users don’t even know they are using the Lightning Network.

These apps, now extremely common in places like El Salvador, allow for fast and very cheap BTC payments and are therefore slowly supplanting legacy wallets that must also register microtransactions on the blockchain.

Although they are often not custodial wallet apps, they are easy to use and cheap.

This gives them a big competitive advantage, not least because paying around $0.4 to register a transaction on the Bitcoin blockchain, when you can only spend $0.04 or $0.004 to do it via Lightning Network, is very attractive to those doing a lot of small transactions.

Arcane Research’s report reveals that after collecting a lot of actual transaction data to estimate global LN usage, it was observed that LN adoption is increasing rapidly.

In particular, the total number of payments is said to have almost doubled in the last year, with the average value of a single payment increasing by as much as 400% when measured in US dollars.

Since these transactions are not public, it is not possible to have reliable and verifiable data, but it is possible to make estimates, such as those of Arcane Research.

The results of Arcane’s report

These estimates show that during the summer of last year, just over 100,000 users worldwide had access to Lightning Network payments, but since then that number has literally exploded.

This explosion is most likely due to El Salvador, where Bitcoin became legal tender in September 2021. However, there are only 6.5 million Salvadorans, and probably about half of them use the LN-based Chivo app.

The rest of the Lightning Network’s worldwide explosion is evidently attributable to other countries.

The Bitfinex Trading Team comments on these figures by saying:

“We are seeing increasing recognition of the huge latent power residing in the Lightning Network and how this in itself represents another key plank in the bullish case for bitcoin. Ark Invest founder Cathie Wood’s recognition of the rapid growth in Lightning usage in her recent US$1 million bitcoin price prediction is a case in point. Wood’s belief that bitcoin will reach US$1 million in 2030 is interesting to note.

While even some of bitcoin’s most vocal critics have come to recognise the cryptocurrency’s property as a store of value, its use as a means of exchange and unit of account is getting traction. Wood points out that as intuitive, mass market Apps emerge for Lightning payments, the network will mushroom in growth. This will then inevitably be reflected in the bitcoin price as more are drawn to the space”.

Such growth is not immediate, but neither is it only taking place over the long term. It is already happening in the medium term, so it could have noticeable effects as early as the next few months.