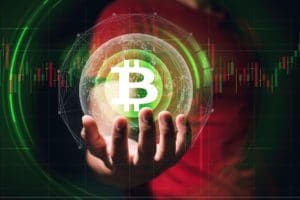 How high will the price of Bitcoin go in 10 days?

There is a persistent hypothesis circulating that the price of Bitcoin could exceed $50,000 in the next 10 days, supported by two dynamics already in place.

Hypothesis on the Bitcoin price

A hypothesis is circulating that the price of Bitcoin could return to around $50,000 within the next ten days or so.

It has been suggested for a few weeks now that the price of BTC could return to these levels in the short to medium term, but this time a date has been proposed: 28 April 2022.

This prediction doesn’t actually pinpoint a specific day, but assumes a return to $50,000 by the end of April.

It is not easy to understand how realistic or likely this hypothesis is, but it seems at least plausible.

The impetus towards a possible increase in the price of Bitcoin could come from two dynamics already underway.

The first is the evolving relationship between Russia and cryptocurrencies. While this relationship was decidedly difficult until a few months ago, in recent weeks it seems that the country has decided to literally embrace the use of cryptocurrencies, probably to try to circumvent international sanctions.

The fact is that many people in Russia already own and trade cryptocurrencies, so the ground may be ripe for a real boom.

It is enough to think that already at the end of February there was a sudden jump in the price of BTC from $38,000 to $45,000, in just four days, due precisely to the hypothesis that the Russians could begin to use it commonly to circumvent restrictions and blocks, especially at the international level.

That assumption has not come true so far, but if it does come true, or if information were to spread that would suggest a significant short-term increase in the use of Bitcoin in Russia, the price could follow a parabola similar to that of late February.

The second dynamic concerns the correlation that seems to have formed recently between the price trend of Bitcoin and the Nasdaq.

In April the Nasdaq fell substantially, after having risen in the second half of March. This decline may have been interrupted, and in case of positive macro news, it may rise again.

If so, the price of Bitcoin could also benefit.

These two dynamics, although already underway, are not really enough to justify a significant increase in the price of BTC, so it is extremely difficult to quantify how realistic can a return to $50,000 by the end of the month be.

Moreover, there are now many analysts who say that the decline that began in mid-November of last year is not yet over, and the price could return to $35,000 in the near future.

Uncertainty is currently dominating the financial markets, not least because it is almost impossible to imagine exactly what macro-level changes will take place in the coming weeks.

In all likelihood, events related to the evolution of the war in Ukraine, and the global economy, will influence positively or negatively the price of Bitcoin in the short term, especially as long as the uncertainty persists.

The post How high will the price of Bitcoin go in 10 days? appeared first on cryptodailynews24.com.