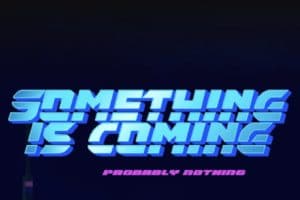 Coinbase to launch a trilogy of Bored Ape films and Apecoin rises 17%.

The Degen Trilogy, a new project between Coinbase and Bored Ape Yacht Club

The Degen Trilogy: this is the name of the series that will feature three films inviting owners of Bored Ape collectibles to submit their valuable collectibles for a casting call of sorts. If cast, their owners will be able to get a reward of up to $10,000 in ApeCoin.

Here's how you can help us make this movie:

The series will also allow for some sort of interactivity with users, who will have the opportunity to participate in this project on multiple platforms.

According to the promoters of the initiative, the film will also contain interactive educational elements that aim to bring new users not only closer to the world of the Bored Ape Yacht Club, but also to the world of NFTs in general and everything that forms the so-called Web3 ecosystem.

The Degen Trilogy will of course also showcase some of the features of the Coinbase exchange, including the long-awaited launch of its first NFT marketplace.

“At Coinbase, we are dedicated to creating and supporting content projects that speak directly to our community and sustaining the culture of Web3 innovation”.

The Coinbase manager then added:

“As we aim to bring the next billion people into the crypto economy, we firmly believe that this interactive film series will act as a catalyst to serve that mission and help audiences understand the collaborative nature of Web3. We’ve been inspired by the Bored Ape Yacht Club community and [we are] excited to invite them to co-create this film with us”.

Equally enthusiastic was the comment from Nicole Muniz, CEO of Yuga Labs, the creator company of the Bored Ape Yacht Club that recently won two of the most valuable collectible NFTs around.

“We’re seeing how NFTs are evolving to be vehicles of access and participation in networks, games, merchandise, and now interactive entertainment. This is a breakthrough project and we’re excited to see how this shapes the future of Web3 for all communities”.

The cryptocurrency linked to the Bored Ape Yacht Club ecosystem achieved a 15% gain, partly as a result of these anticipations, making it the most purchased cryptocurrency among the 50 most capitalized in the last week.

The price of the ApeCoin token

ApeCoin was launched last month as the governance and utility token of the Bored Ape Yacht Club and Mutant Ape Yacht Club (MAYC) world, NFT collections that have quickly topped the charts of the most valuable pieces on the market.

The coin quickly rose in value to become one of the top 40 largest cryptocurrencies by market capitalization in no time.

After plummeting 80% of its value at the end of March, ApeCoin is quickly making up lost ground these days.

According to some data, the large whales of Ethereum in particular have been accumulating the token in recent weeks, a tangible sign that ApeCoin could soon increase its value.

The post Coinbase to launch a trilogy of Bored Ape films and Apecoin rises 17%. appeared first on cryptodailynews24.com.