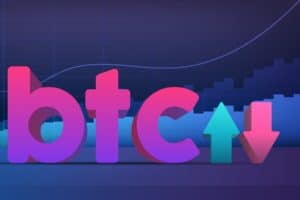 Recorded a 60% drop in Bitcoin transaction volume from last year

Bitcoin trading volume on exchanges during the first quarter of the year dropped 60% globally compared to last year.

Analysis by Be[In]Crypto Research reveals that the reason for the two-and-a-half-fold reduction in quarterly trading volumes was due to bearish sentiment in 2022, compared to bullish sentiment last year.

Despite this, the price of Bitcoin seems to be starting to recover from the bearish trend that began in December.

A closer look at the data

Even worse was February, the month of the invasion of Ukraine. Last year in February the total volume was $2.260 billion, with the daily peak as high as $350 billion, while this year Bitcoin’s monthly volume plummeted to $671 billion, with a daily peak of just $46 billion.

This is a 70% reduction on a monthly basis, and an 86% reduction in the daily peak.

In March, there was a tentative rebound in volumes.

The fact that 2021 was a very special year for the crypto markets was already well known to all, but this data makes clear the magnitude of the difference compared to 2022, despite the average price level being more or less in line.

What has changed above all is the trend, which has turned from bullish to bearish. After all, the very large number of small investors or retail speculators are mainly attracted by bullish trends, so this difference is not at all surprising.