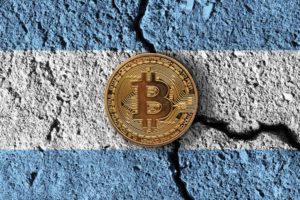 Argentina, a country that has long grappled with serious problems of high inflation, is considering using Bitcoin specifically to curb an inflation rate that seems unstoppable.

The role of Bitcoin as an inflation anticipator has long been debated. In many countries where inflation seems out of control, Bitcoin’s adoption rate is steadily rising.

In July, an Argentinean MP, José Luiz Ramon presented a bill to introduce the payment of salaries in Bitcoin and cryptocurrencies.

In August, it was the country’s president Alberto Fernandez himself who said that serious thought was being given to expanding the use of cryptocurrencies and announced the possibility that the Central Bank might soon create a digital state currency.

But all that seemed to have failed in March, after the agreement signed with the IMF obliging the government to discourage the use of cryptocurrencies in exchange for a debt restructuring plan of almost $45 billion.

This agreement sparked an outcry from industry players who accused the government of giving in to simple blackmail.

“We are convinced that the path is neither disincentives nor prohibition, but to work in a coordinated manner with the private and public sectors to take advantage of the potential of decentralized finance, so that more and more individuals can transact in a secure manner and security forces can improve their abilities to combat cybercriminals. It worries us that the authorities are agreeing to disincentivize a technology that the population itself has already massively adopted, instead of unleashing its potential to address historic problems”.

Moreover, high inflation had increased the rate of cryptocurrency adoption in Argentina, which ranks tenth in the world in the special Global crypto index adoption ranking.

Now a small municipality in the province of Santa Fe, Serodino, has decided to take a decision that goes against the will of the government itself.

The mayor of the municipality, Juan Pio Drovetta, has decided to focus on mining cryptocurrencies to combat the economic problems linked to the crisis and high inflation.

On 10 April, the municipality had already purchased six graphics cards, thanks to the contribution of some of its 6,000 inhabitants, to start the project.

Faced with concerns raised by the community about the high volatility associated with cryptocurrency prices, the Mayor said that although there are no plans to buy cryptocurrencies directly, mining is still a safe investment option:

Drovetta also stated that the city intends to pay taxes from its earnings from the mining activity carried out in the municipality, explaining that:

“We have been working and doing a lot of research on this project, which is very broad and has to do with understanding the economy to precisely improve economic development. The response was immediate and very important with a collective participation between the public and private sector, which did not hesitate to collaborate through economic and human resources. It is a pilot test from which we could get 60 or 70 thousand pesos per month depending on the fluctuation. 100% of the profit will go to a local institution and that institution will have to present a project that will be funded”.