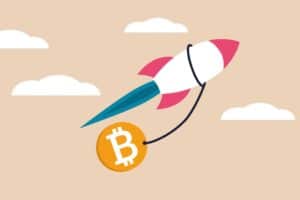 In an interview with CNBC, Mohamed El-Erian, Chief Economic Advisor at Allianz, commented that he thinks the Federal Reserve’s delayed response to inflation will cause the value of Bitcoin and cryptocurrencies to go higher.

According to Mohamed El-Erian, Chief Economic Advisor of Allianz, Bitcoin and other crypto will continue to grow in the near future

Allianz Chief Economic Advisor Mohamed El-Erian was interviewed by CNBC on Monday about the US economy.

One of the clips from yesterday's @CNBC interview.

Thank you @andrewrsorkin for the interesting conversion on the #economy, #inflation, #gold, #crypto, and #markets.https://t.co/exXBoTbPXd@SquawkCNBC #EconTwitter

“One of the clips from yesterday’s @CNBC interview. Thank you @andrewrsorkin for the interesting conversion on the economy, inflation, gold, crypto, and markets”.

El-Erian said that the Federal Reserve is delaying in responding to inflation and this will cause Bitcoin and cryptocurrency prices to rise.

The economist also pointed out that investment bank Goldman Sachs also said on Monday that there is a 35% chance of a recession in the next two years. As such, Allianz’s Chief Economic Advisor says bank CEOs are concerned about the macro environment resulting from the rising inflation landscape.

On the subject of the crypto market, El-Erian, referring to the latest sell-off over the weekend, said:

“I think the concern for the crypto people is that this decline is happening at a time when gold is up and hitting almost $2,000. Because the big argument for crypto is it’s a diversifier. At the time of inflation, it’s attractive. And recently, crypto hasn’t played that role”.

And, in fact, the economist points out that cryptocurrencies, unlike gold, have grown faster, thanks to liquidity injections.

Returning to the Fed and inflation talk, El-Erian then added:

“What will force them to change their target is the recognition that by being so late, they can’t get to their target and their credibility is threatened,” he replied. “They would also worry that by hitting the brakes too hard, they may push this economy not just into a short-term recession but into a longer-term recession.” He continued: “They will be very tempted and lots of people will push them to raise the target from 2% to 3% as a way out. Now, that’s not going to be an easy way out, and it’s going to be incredibly controversial”.

The case of Bitcoin in Argentina

Most recently, Argentina has also been in the news for its evaluation of Bitcoin and cryptocurrencies as a solution to inflation and the crisis the country is experiencing.

Generally speaking, the government has been stopped by an agreement with the IMF that obliges it to discourage their use, in exchange for a debt restructuring plan of almost $45 billion.

Only a small municipality in the province of Santa Fe, Serodino, seems to have rebelled. In fact, the mayor Juan Pio Drovetta, seems to be determined to use crypto, financing a project to create a large mining farm in the municipality.