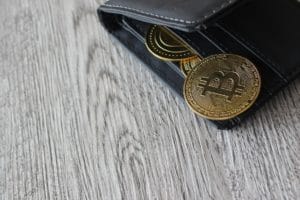 Chainalysis, $14 billion laundered in Bitcoin and other crypto

According to a report by Chainalysis, the blockchain data analytics company, criminals are continuing to use Bitcoin for their operations.

Along with the expansion of the DeFi and NFT sector, the improper and criminal use of Bitcoin and crypto also grows

Criminals seem to continue to increasingly prefer cryptocurrencies, Bitcoin, Ethereum and Monero above all. These at least are the findings of a research conducted by Chainalysis which certified that in 2021 criminals would have received around $14 billion in cryptocurrencies.

The report notes how:

“While billions of dollars’ worth of cryptocurrency moves from illicit addresses every year, most of it ends up at a surprisingly small group of services, many of which appear purpose-built for money laundering”.

At the same time, the report also certifies how the use of cryptocurrencies is growing faster than ever. Of all the cryptocurrencies tracked by Chainalysis, the total volume of transactions has grown to $15.8 trillion in 2021, a 567% increase compared to the 2020 totals.

It is therefore an almost natural consequence that more cybercriminals are increasingly using them for their illegal trades. However, what surprised Chainalysis analysts was that the increase was 79%, which is much lower than the increase in cryptocurrency adoption in general.

Illicit transactions account for less than 1% of the total

Chainalysis points out that if we exclude 2019 where there was actually an abnormal use by criminals of cryptocurrencies, in 2020 and 2021 criminal use of cryptocurrencies continues to represent a very small part of the entire ecosystem.

However, the figure of $14 billion remains, which is a very high figure indeed, and which concerns both hackers, scams and money laundering by large criminal organizations, such as the Colombian and Mexican narcos or the Calabrian ndrangheta.

In this regard, a recent report by CeSI (Centre for International Studies) explains that, in the cryptocurrency sector:

“The criminal peculiarity of the ‘ndrangheta to recycle and disguise its illicit proceeds by infiltrating and exploiting seemingly legitimate businesses has allowed the evolution of a recycling ecosystem so sophisticated that it has also introduced experiments with cryptocurrencies, confirming the high financial and technological expertise of its affiliates.

The report shows that in the last year there has been a great increase in the use of the Monero currency compared to Bitcoin by criminal organizations, thanks to its characteristics that allow secure, anonymous and hardly traceable transactions.

“Testifying to the interest of criminal syndicates in the most modern technologies and in particular in all the tools that allow a rapid and invisible transfer of money is their use of payments made with cryptocurrencies such as Bitcoin and more recently Monero that do not allow tracking and escape bank monitoring”.

The growth of NFTs and DeFi

Finally, the Chainalysis report explains how the huge growth of DeFi and NFT has certainly encouraged the proliferation of their use by criminals around the world, especially with regards to scams and so-called scam projects.

In addition, DeFi has also become the breeding ground for cryptocurrency theft, which has grown by 516% since 2020 with about $3.2 billion worth of cryptocurrencies stolen and, about $2.3 billion of those funds, 72% of the 2021 total, were stolen from DeFi protocols.

The post Chainalysis, $14 billion laundered in Bitcoin and other crypto appeared first on cryptodailynews24.com.