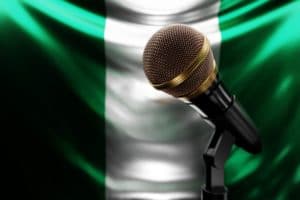 Nigeria, boom in Bitcoin and Cryptocurrencies

Nigeria and several countries in Africa as well as the UAE are setting their sights on Bitcoin and cryptocurrencies in general.

Nigeria is betting big on Bitcoin and cryptocurrencies in general

In the last few days, thanks to a survey carried out by Nasdaq Inc., it has emerged that in Nigeria and in the Middle East, in particular in the UAE (United Arab Emirates) and in Saudi Arabia, 54% of those surveyed expressed their appreciation for the possibility of carrying out transactions in a current manner through Bitcoin and other cryptocurrencies in general.

Not only that, countries in the North of the African continent are eager to embrace crypto, and these are now joined by Nigeria.

According to this recent survey, 35% of the Nigerian population has already invested in cryptocurrencies and this percentage points out that a constant in countries where poverty is rampant is that they have an appetite for Bitcoin or more generally for digital currencies, for convenience of course, but also for a financial freedom and solidity that would free them from the stranglehold of central banks.

In the survey it was also revealed that a further 6% of the population consider themselves willing to enter crypto with new investments.

The desire for digital currencies is gaining momentum, following the famous cases of Venezuela or El Salvador, with the addition of Lagos and in the near future some African countries. Who knows whether it will be Nigeria, which is proving so receptive among its population.

The above percentage is emblematic especially when compared to the results of the same survey for the USA, Europe and Canada where none of the many come even close to 35%.

Where there is a high concentration of poverty and corruption, as in the typical case identified by the IMF only a few days ago, crypto is on the people’s wish list despite economists’ view that stricter regulation is necessary.

In many places around the world, banks and mainstream financial and commercial channels are snapping up the very little savings of the people with sky-high fees (with a keen eye on remittances), the same trend is being followed, with the support of the public sector rather than private initiatives as in the case of Nigeria, which is on its way to widespread crypto adoption.

Nigeria and the case of Lagos

The same situation in Nigeria is also happening in Lagos where the people are increasingly showing an interest in digital currencies.

Bitcoin is in the wallet of 30% of the population who have another characteristic in common with Nigerians, age.

In fact, these two countries have a very low average age, as well as low schooling and per capita income.

In short, Bitcoin comes to the rescue of the poor, like a modern Robin Hood helping poor countries to free themselves from the shackles of central banks and the control of hegemonic countries through finance, markets and raw materials.

More recently, however, inflation has also come into play, reshuffling the cards and, like a spirit level, connecting this bullish trend with the Bitcoin rush in richer countries such as the UAE.

The post Nigeria, boom in Bitcoin and Cryptocurrencies appeared first on cryptodailynews24.com.