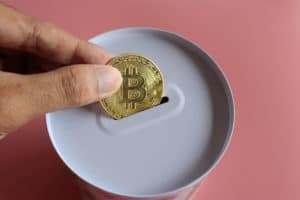 More than 70% of Wikipedia editors at the Wikimedia Foundation have voted to stop accepting cryptocurrency donations. One of the main reasons is to protect the environment, which is threatened by mining.

With 232 against 94 votes, the verdict of the Request for Comment (or RfC), in which members of the Wikipedia community contributed following a proposal by the Wikimedia Foundation, was to stop accepting Bitcoin and cryptocurrency donations.

The RfC lasted from 10 January 2022 to 12 April 2022 and saw just under 400 users take part in the vote. Among the main topics surrounding cryptocurrency issues are the often-discussed environmental sustainability aspects surrounding mining.

Basically, 71.17% of voters wanted to protect the Wikimedia Foundation’s reputation, as accepting crypto donations could have meant that the community approves of the environmental issues surrounding cryptocurrencies such as Bitcoin and Ethereum.

Molly White, software engineer and manager of the crypto-sceptic blog “Web3 is going just great” said that some RfC commentators had suggested accepting only donations in Proof-of-Stake crypto, which do not involve mining to approve transactions.

Wikipedia says no to all crypto, while Mozilla only bans Proof-of-Work (PoW)

According to estimates, in the last financial year, the Wikimedia Foundation received nearly $130,000 in cryptocurrency donations, about 0.08% of its revenue – with the majority coming from Bitcoin.

Certainly, the Foundation members don’t consider themselves holders, but rather, it seems that each of them converts the crypto donations they receive into fiat currency on a daily basis. Perhaps because of this, it was easy to vote “no” to all crypto donations.

A different path has been taken by Mozilla, which since January 2022 has stopped accepting crypto donations, a choice it began in 2014. The motivation for this decision was once again to address the climate.

However, after a period of standstill with crypto donations, last week Mozilla updated its policy. Here’s what the new verdict says:

“Mozilla will no longer accept ‘proof-of-work’ cryptocurrencies, which are more energy intensive.

Greenpeace’s new campaign to reduce energy use in Bitcoin mining

“Change the code, not the climate” is the slogan of Greenpeace’s new campaign dedicated specifically to reducing energy use in mining of the crypto queen, Bitcoin.

Greenpeace’s Campaign Director, Rolf Skar, explained that the aim is to change BTC from being a Proof-of-Work cryptocurrency to becoming Proof-of-Stake, just like Ethereum is doing.

This way, Skar says the huge use of energy or polluting fuel would be reduced by 99%.

Yet in some countries, Bitcoin mining is becoming less polluting. For example, in Norway they mine almost without impact, while in the US they try to use increasingly clean energy.

The post Wikipedia: editors say no to crypto donations appeared first on cryptodailynews24.com.