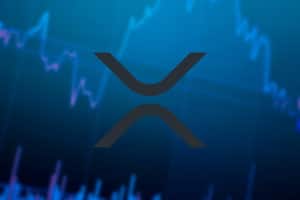 Ripple’s big win against the SEC

Ripple, the developer of the XRP blockchain, has reportedly secured a major victory in its long-running lawsuit with the Securities and Exchange Commission (SEC) in recent days.

The lawsuit was filed by the SEC against developer Ripple Lab a year and a half ago for issuing unregistered securities worth $1.3 billion.

The lawsuit has been on and off all this time and may be coming to an end, as the CEO of the Ripple company had claimed in September this year.

The judge presiding over the lawsuit against Ripple denied a motion by the SEC for reconsideration of the deliberate process privilege regarding a series of emails and drafts of a speech delivered by then SEC director William Hinman in June 2018.

In other words, the SEC must now release these emails and draft versions of the 2018 speech.

This according to Ripple’s lawyers could be a perhaps definitive blow to the benefit of the blockchain company, which could finally see an end to what could have been a danger to both Ripple’s development and the cryptocurrency industry as a whole.

Earlier this month, the non-profit organization Empowerment Oversight published a series of internal emails from the US exchange’s regulator, which contained evidence of misconduct by SEC officials involved in the Ripple lawsuit.

The documents also show that there was a clear conflict of interest in the lawsuit against Ripple.

The reason for the SEC’s defeat

In the emails, former SEC director William Hinman was warned about this potential conflict of interest related to the lawsuit against Ripple, as his former employer Simpson Thacher is an organization that worked to promote Ethereum.

Joe Deaton, one of the Ripple company’s lawyers following the lawsuit, said this judge’s decision could be decisive, stating:

“If we get a ruling that they (the emails/draft version of the speech) must be turned over, I believe the case settles w/in 60-90 days from that decision (or possibly sooner)”.

The SEC would now have 14 days to appeal this ruling. It is easy to foresee that after this ruling there could be a jump in the price of XRP, which has lost over 20% in the last month.

As happened two months ago, after Judge Annalisa Torres granted Ripple permission to respond to the SEC’s Memorandum of Law in support of the motion to defend fair notice and also ordered the cancellation of three documents relating to the case.

After the judge’s decision, the asset had gained about 30% in a few days.

The post Ripple’s big win against the SEC appeared first on cryptodailynews24.com.