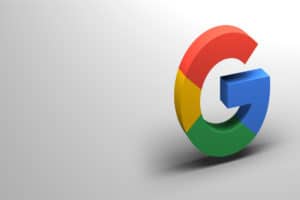 Google recently sent a message to all AdSense publishers warning that, due to the war in Ukraine, monetization of “content that exploits, ignores or justifies war” is being paused.

It will not be easy to determine with certainty which content informs about the war, and which content merely seeks to exploit it.

It is therefore not a question of content that is in any way related to war, or contains references to war, but only content that justifies, denies or merely exploits war.

The most obscure point is the following. How to distinguish between content that merely exploits war and content that informs about it?

Google adds that a similar measure has already been applied before to content containing statements about the war in Ukraine, but only in the case of violation of existing rules.

Such as those on derogatory or dangerous content, or content that incites violence or denies tragic events.

The recent update aims to broaden the restrictions and clarify to publishers the rules that will be applied by the company.

For example, among the non-monetizable content they mention those that contain any statements that the victims are responsible for their own tragedy, or other similar statements condemning the victims, such as statements that it is Ukraine that is committing genocide or deliberately attacking its own citizens.

Therefore, for some specific cases, it is quite clear which contents are no longer monetizable, while on others, the company has in fact kept a wide margin of freedom.

It is worth noting that for some time now there have been non-restrictive restrictions on the advertisements that can be placed in content dealing with tragic events, such as wars, but in such cases it was only a matter of preventing the hosting of ads from advertisers not interested in showing their communications on such content.

The recently sent message to publishers is much more peremptory. As has already happened in the past, not only will it not be possible to monetize content that justifies or denies war, but it is also possible to run the risk of having your AdSense account closed in the event of repeated and recurrent violations.

While it is fairly easy to identify which content justifies or denies war so that it is not difficult for publishers to avoid monetization, it seems much more complicated to identify content that merely exploits war.

In view of this, one can expect criticism, controversy, protests or even complaints against this decision if it is applied to disputable, unclear or borderline cases.

In particular, it is on YouTube that there could be problems, given all those that have already occurred in past years, for instance due to channels denying the pandemic or spreading false information.

In other words, this move by Google AdSense could also turn out to be a double-edged sword.