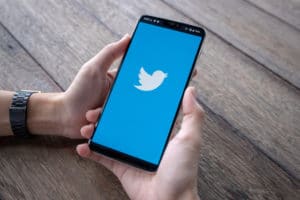 Elon Musk: the first attempt failed, but he has a plan B

Twitter Inc, the company that owns and manages the social network of the same name, is a so-called “public company”, i.e. a company with a broad shareholder base.

No single shareholder has more than 15%, and the two biggest are Vanguard and Elon Musk himself, both with roughly 10%.

However, Musk’s interest clearly appears to be directed at taking full ownership of the company.

There are two possible objectives in this strategy. On the one hand, he would most probably like to have carte blanche, i.e. no power rivals on the company’s board of directors. On the other, he would like to delist the shares from the New York Stock Exchange.

This last point may have to do with possible risks of stock manipulation. Musk has been accused several times in the past of influencing the share price of Tesla, the company he currently heads, so he may want to solve the problem at the root by simply removing Twitter’s shares from the stock exchange.

His first point is more obvious: he doesn’t want any obstacles in the way of making even profound changes to the social network.

In fact, the board’s stance on his recent offer to buy 100% of the company at $54.2 per share, described as “inadmissible”, appears to be the start of a clash between Elon Musk and the current board, which Musk himself has refused to join.

The challenge between Vanguard and Musk

Musk first bought himself a package of shares that gave him a relative majority among the company’s shareholders, then refused to join the board and demanded that the company be sold to him. The board refused with disdain, and Vanguard bought more shares to overtake Musk and become the new single largest shareholder as of yesterday.

There is a real competition going on, so much so that Musk’s attempt to take over Twitter now appears hostile to many. To tell the truth, it does not seem to be a hostile attempt against the company, but against the current shareholders.

It is worth noting that even Twitter’s famous co-founder, Jack Dorsey, resigned as CEO a few months ago and effectively cut ties with the board.

The company had been struggling for at least a year, with the stock plummeting from $80 to $31 in recent months. Musk’s arrival seems to have given it new life, bringing the share price back above $45, but it is above all the recent economic results that have revived it.

In fact, the company has been growing for two consecutive quarters, as if the social network had finally woken up from a long slumber that probably began several years ago.

Twitter’s problems according to Elon Musk

For far too long, there have been no significant innovations or new features, so much so that Musk himself pointed out a few days ago that many of the Twitter profiles with the most followers have not been active for some time now.

Twitter‘s historical problems are there for all to see, and it is hard to imagine that the current board will be able to impose a change of course. Nevertheless, the company is growing economically, perhaps thanks to a change in the habits of online users, and perhaps because it is benefiting in some way from Facebook‘s problems.

If the company were to end up under the control of Elon Musk alone, there would certainly be big news to expect, and perhaps even some small revolution within the social network. Musk has already made it known that he has a “plan B”, now that his offer has been rejected, but it is very likely that he had it before.

The board‘s rejection was a relative foregone conclusion, and it was easy to imagine that he would not get 100%. However, should he manage to raise shares for a total of far more than 50%, he could achieve an effect similar to total control of the company.

The post Elon Musk: the first attempt failed, but he has a plan B appeared first on cryptodailynews24.com.